"People want to save energy," CEO Roy Johnson said. "What they don’t want to do is spend any time doing it.”

For the last century, electric utilities made their livelihoods by quietly building out the U.S. grid and reliably delivering power to their service territories. Today, that may no longer be enough.

As consumers have more choice than ever, it's becoming incumbent on utilities to emerge from behind the meter. The key to utilities making transition, some argue, is finding value in customer data. There are loads of companies trying to get into this space -- just look at Google's acquisition of smart home darling Nest Labs.

EcoFactor is one of those companies. Backed by NRG Energy, the company was started in 2006-07 by people coming out of the software-as-a-service space who knew little-to-nothing about the energy business. But they wanted to answer one simple question: Can you help people become more energy efficient? 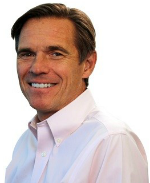 EcoFactor is betting its business on it.

“We believe people want to manage their energy use better than they are today,” EcoFactor CEO Roy Johnson told Utility Dive. “Maybe the motivation is climate change, maybe it’s saving money – but people want to save energy. What they don’t want to do is spend any time doing it.”

“The industry has done a good job of providing more efficient hardware,” Johnson said. “But the next big thing is really getting after the lifestyle things that you can change.”

'The single biggest pool of energy use in U.S. homes'

EcoFactor wants to tackle "the single biggest pool of energy use in U.S. homes” – heating and air conditioning. “That’s 45-50% of total residential energy use,” said Johnson.

EcoFactor believes the residential market has been vastly underserved. “The single biggest load that is not being managed today is residential air conditioning,” Johnson said. He believes there’s “huge upside” in a massive market with a “very low penetration rate.”

EcoFactor’s platform uses customer data to model a home’s “building envelope and behavior,” Johnson said. That helps EcoFactor answer questions like: “At 3 in the afternoon on a day when it’s 95 degrees outside, how quickly does this particular house warm up?”

Thermostats are 'the single control point'

The platform neatly puts EcoFactor at the intersection of the energy sector and the smart home space.

Its software does the back-end work for thermostats, which Johnson calls “the single control point” for the home. It’s part of Comcast’s Xfinity Home platform, which combines home security, automation and energy management into one product. EcoFactor also works with hardware vendors to go through their channels, too, which include direct-to-consumer retail.

“In the case of NV Energy, they go to a consumer and say, ‘Look – we’ll give you a communicating thermostat, we’ll install it for you and we’ll give you an energy efficiency service that will cut your overall energy use by 5-7%,” Johnson said. “In exchange, Mr. Customer, you agree to be part of our demand response program.”

'Utilities are of two minds'

These types of programs are called “bring-your-own-thermostat.”

“I think utilities are of two minds about bring-your-own-thermostat,” Johnson said. “It’s easy for the utilit that are doing these programs – such as Austin Energy and San Diego Gas & Electric – in that the customer does the work. They go and get the thermostat installed, and the utility doesn’t have to organize it. The utility is happy to rebate it, so they effectively pay for it, but the customers get themselves organized.”

“The challenge with that is the diversity of hardware,” Johnson said. “Standardization makes it easier for utilities to predict demand response load shed.”

The ability to standardize load control on the back-end is what makes EcoFactor’s software attractive to utilities, Johnson said. Customers enjoy the choice they get through these programs to pick their own thermostats – decisions which are based largely on aesthetics, Johnson noted.

'People just want it to work'

“When I look at the thermostat we have on our wall, I talk about how it works, what it does and all that kind of stuff. My wife says, ‘Yeah, but it’s this ugly white plastic box – can’t we have something better looking than that?’” Johnson said. “But then she looks at the Nest and she goes, ‘I want that blue thing on my wall!’”

There’s only a really small subset of people that will monitor their energy use.

“Opower is all about giving people information and believing that they will behave better,” Johnson said. “We’re at the other end of the spectrum. We’re not convinced people are really going to change their behavior in a meaningful way over the long run. It’s more about automating and giving people the tools where they don’t have to actively manage their thermostat, but they’re still getting the benefits. Keeping their comfort and control, yet moving them in a more efficient direction.”

“I’m an energy geek,” Johnson said, “but by and large people just want it to work.”