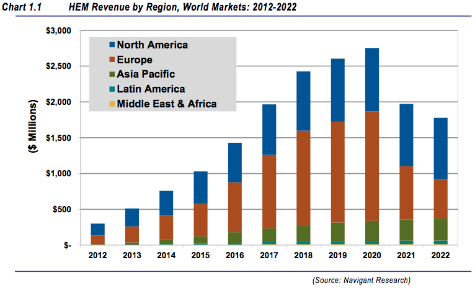 New players like Comcast, Verizon, ADT and Vivint are making their presence known in what is expected to be a huge market going forward. The growth of home energy management systems is part of an overall trend towards empowering consumers to control their consumption. This should concern utilities as the move to a distributed grid could effectively leave them with a significantly reduced role. Energy service companies could become the utility companies of the future by managing customers' energy systems composed of mini-generators, rooftop solar panels and energy storage batteries.