SunPower to bundle solar with storage

SunPower is a step behind SolarCity, which plans to offer Tesla batteries to customers next year. Even so, combining solar panels and energy storage would help smooth out power demand in California. The California Independent System Operator has warned about overproduction during the day and steep ramps in load starting in the late afternoon as shown in the so-called Duck Curve. 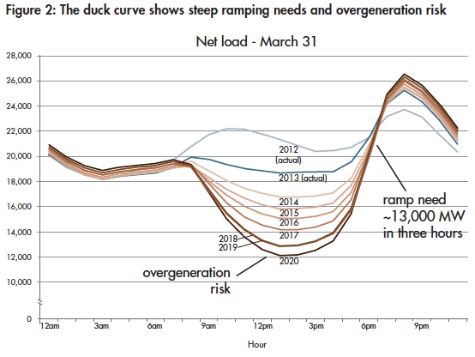