The following is a contributed article by Coley Girouard, a principal at national business group Advanced Energy Economy.

In the United States, the traditional utility business model has served us well for many years, but it is increasingly out of step with a new set of market conditions — aging infrastructure, advances in technology and flat-to-declining load growth driven by rising deployment of energy efficiency, demand response and other distributed energy resources.

Traditional cost-of-service regulation favors utility capital investment in long-lived assets rather than rewarding utilities for their performance against desired policy objectives and it discourages utilities from taking advantage of the general shift in the economy to service-based solutions provided by third parties.

A decade ago, the United Kingdom's Office of Gas and Electricity Markets, known as Ofgem, set out on a mission to develop a new regulatory framework that would reward utilities for innovation and for meeting the changing expectations of consumers and society. The culmination of that process was the development of a framework referred to as RIIO.

The U.K.'s RIIO framework — Revenue = Incentives + Innovation + Outputs — is widely regarded as the most comprehensive performance-based regulatory system developed to date, aiming to reward utilities for achieving desired outcomes. To better understand how RIIO works, we break it down into four main features:

The multi-year rate plan is intended to incentivize longer-term investments that are needed to transition to a modern grid. It also gives utilities an incentive to spend efficiently because if they deliver a project under budget they can keep a portion of the cost-savings as profit, with the remaining portion retained by customers. Cost overruns are also shared between the utility and customers.

Coupled with a revenue cap, the totex approach gives utilities an incentive to seek the most cost-effective solution, and encourages them to contract for services with third-parties that can drive down project costs, resulting in a win-win-win scenario for the utility, third parties and customers.

Performance Incentives: In addition to the efficiency incentive included in the multi-year rate plan and revenue cap, Ofgem sets up specific targets that utilities must meet, with some tied to financial incentives worth up to +/- 250 basis points.

The targets are tied to six performance categories: reliability and availability, environment, connections, customer service, social obligations and safety. The targets also include utility benchmarking and scorecards so utilities can see how they compare to others and to give them "reputational" incentives to perform.

Innovation Fund: Ofgem set up a fund to sponsor innovative pilots for utilities to test new technologies and operating and commercial arrangements, as well as a mechanism to roll successful innovations into larger projects, to reduce the risk associated with new projects that provide environmental benefits.

RIIO is the latest step in the evolution of how energy companies in the U.K. are regulated, with the RIIO framework adopted in October 2010. This set in motion a 30-month process to develop the utility rate plans, with stakeholders engaged throughout. The RIIO model began implementation for electricity transmission in April 2013 and electricity distribution in April 2015.

RIIO is too new for any of the utilities to have completed a full eight-year rate plan cycle or to allow full analysis of RIIO's effectiveness. As of 2019, the electric transmission operators (TOs) are about 75% through their existing set of rate plans, while the electricity distribution utilities (EDUs) are about halfway through. But results to date have been mixed (see here for the most up to date annual performance results).

Average customer costs have declined for distribution but increased for transmission. More analysis is needed to determine if these changes are the result of factors outside the utilities' control and/or the result of operational efficiencies. In addition, these numbers are an average of all TOs and EDUs. When considered individually, results vary widely.

Early results show that utilities have mostly achieved their performance targets. After the first two years, all EDUs performed strongly against their performance targets, most notably in customer satisfaction and improving the time to connect distributed generation to the grid. All TOs have achieved their targets for five of their six output categories.

The TOs have fallen short only in connections, although a reduction in connection requests has reportedly impacted this metric. However, critics have said that incentives are not driving the most desirable outcomes and should be reevaluated to align with the intended end vision of RIIO.

However, critics have said that this large underspend is because of flaws in the benchmarking and revenue setting process that incent utilities to game their base revenue allowance — utilities have an incentive to over-project their costs in the revenue setting process because they know they will be able to retain a portion of their profits if they underspend their allowance.

The EDUs and TOs have both been able to earn above their allowed cost of equity by outperforming their totex allowances and earning performance incentives for meeting established targets.

It is important to note that when RIIO began, Ofgem expected the best performing companies to earn low double-digit ROE returns, so the results do not diverge far from expectations and they show that RIIO's incentive structure is giving the EDUs and TOs sufficient ability to finance their operations and provide a return for their shareholders.

The innovation fund has produced benefits, but hasn't focused on new technologies or gone beyond pilots. Although the final results will not be known for some time, the initial results are promising. In the first two years of the EDUs' rate plan, the utilities spent £61.2 million (about $80 million) to test over 260 innovative projects.

However, there is still room for improvement as the majority of projects have focused on improving asset health and operating efficiencies rather than on evaluating the role of new technologies. In addition, there needs to be an increased focus on moving beyond pilots by increasing funding for larger programs through the innovation roll out mechanism.

RIIO-2 is intended to contain several improvements from the first rate period (RIIO-1).

A key critique of RIIO-1 is the length of the rate plans. The eight-year plan has limited regulatory flexibility and has been viewed as too long for the rapidly changing utility industry.

In RIIO-2, the default length of the price controls is five years, although companies may propose longer length allowances for certain activities if they can demonstrate significant net benefits to consumers.

Another critique of RIIO-1 is the lack of stakeholder engagement in the target-setting process. ​

RIIO-2 will give consumers a stronger voice through internal customer engagement and user groups, a central RIIO-2 challenge group, and public hearings regarding company spending proposals and other concerns. The central RIIO-2 challenge group will be independently chaired and will provide Ofgem with a public report on the companies' business plans from the perspective of customers.

With RIIO-1 so far falling short of incentivizing certain outcomes like innovation, RIIO-2 seeks to drive innovation through an innovation stimulus package that is intended to incent projects that otherwise would not have been implemented under the business-as-usual framework.

In response to RIIO-1 being seen as overly complex and burdensome, RIIO-2 will simplify price controls by enabling automatic refunds to customers, using indexing to minimize forecasting error and will rule out early settlement (a component of fast-tracking) for the electricity transmission, gas transmission and gas distribution sectors.

No longer allowing early settlement — a practice where if utilities filed well-designed business plans they would receive a financial incentive and gain approval on a faster timeline, subject to less inspection — will give companies more time to prepare their business plans and will give stakeholders a better opportunity to scrutinize those plans through the enhanced engagement process.

In addition to these improvements identified by Ofgem for RIIO-2, AEE's analysis suggests a few additional areas for refinement to make RIIO more successful in driving modernization of the British electric system:

Simplify and decrease the regulatory burden. Information production and reporting are necessary requirements of regulation. Although RIIO is a relatively complex regulatory framework, Ofgem should continue its efforts to streamline, standardize and simplify the framework as much as possible.

Although the over-performance is delivering some positive outcomes for consumers in terms of overall bill impact, Ofgem needs to ensure that these benefits are due to genuine efficiencies and demonstrate value for the services provided.

Move away from benchmarking and toward greater emphasis on performance-based regulation. The current framework heavily incents certain outputs, such as operational efficiency, over others. Although RIIO-2 is intended to include efforts to stimulate innovation, there is still a focus on meeting annual and baseline output targets and scarce mention of outcomes like advanced energy deployment, non-wires alternatives and reducing peak demand.

Increase benefits for and revenue-sharing with customers. Customer value is expected to remain a key tenet of RIIO-2. Accordingly, customers should reap the benefits of achieving RIIO-2's targets by tying outputs more closely to consumer value.

The problems that RIIO is trying to solve — changing market conditions, capital bias, and a focus on inputs instead of performance — are equally relevant for U.S. regulators as for Ofgem. The solutions that RIIO proposes — multi-year rate plans, totex, performance incentives and an innovation fund — could also be applicable to U.S. utilities, with one caveat.

Adoption of the totex approach would face obstacles in the United States because of the different accounting standards between the United States and the U.K. However, there are several other regulatory mechanisms that can be considered to remove the capital bias and help balance capital and service expenditures.

The full case study, "UK's RIIO — A Performance-Based Framework For Driving Innovation and Delivering Value" as well as four others, are available for download at https://info.aee.net/navigating-utility-business-model-reform-case-studies. This series is published concurrently with "Navigating Utility Business Model Reform," which provides a menu of options for pursuing reform at the state level. This report is available at: http://www.rmi.org/insight/navigating-utility-business-model-reform. 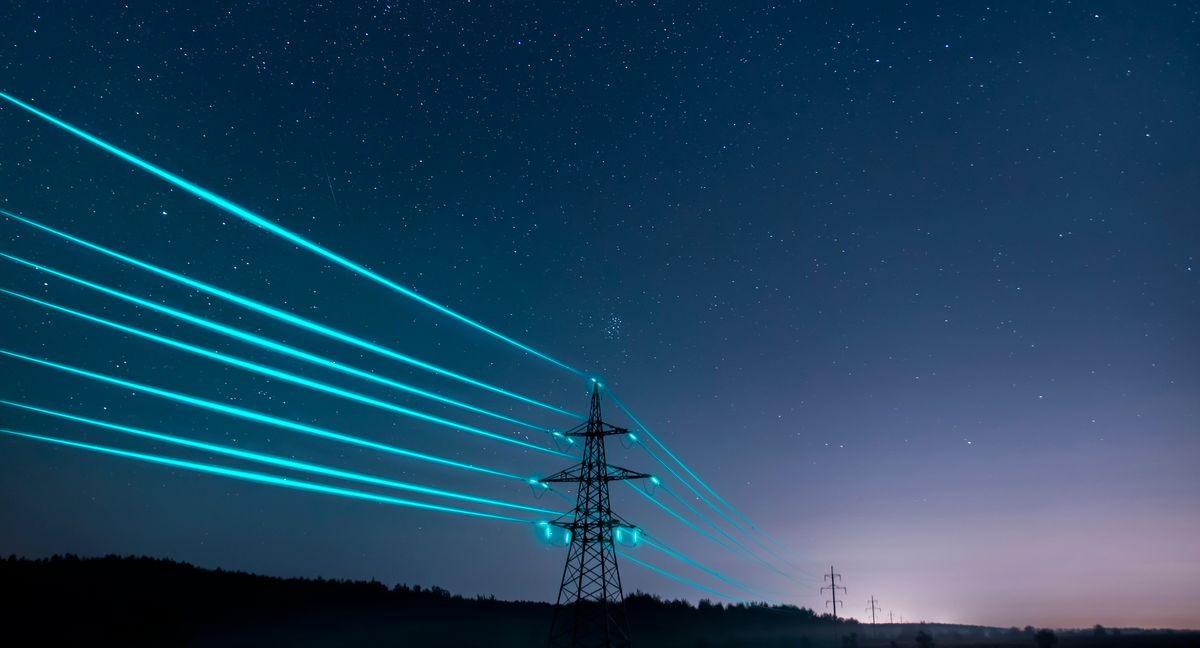