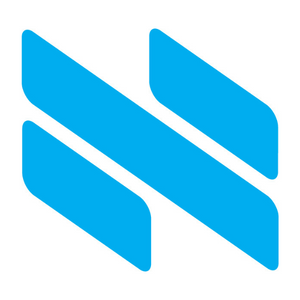 Climate legislation put forth during the Obama administration made major strides for clean energy, giving solar a solid foothold to grow. It also taught an important lesson about how effectively tax credits can build and grow an entirely new market. Prior to the establishment of the solar Investment Tax Credit (ITC), the solar market in the U.S. was just over 60 megawatts in 2005. Sixteen years later, solar market installations were 23.6 gigawatts.

“Look at the history of the ITC,” said Jay Bellows, president and CEO of Nomad Transportable Power Systems, a manufacturer of mobile energy storage systems. “Solar did not make the best financial sense before the ITC. It had a long ROI (return on investment) process and would only become profitable many years down the road with long-term power purchase agreements. Then the ITC came into effect and really catapulted the industry by allowing developers to use the 30% ITC to get a much faster ROI, as well as additional benefits that came with the program. Suddenly, it made financial sense.”

Those who crafted the IRA want a similar dynamic to propel the American energy storage market. Among the most important provisions in the IRA’s $369 billion in clean energy funding is the extension of the 30% ITC to standalone storage projects. (Previously, storage could only access the ITC when it was coupled with solar.) In addition, the IRA ensures that energy storage can benefit from the ITC for 10 years, providing long-term certainty that is so important to investors and energy storage owners.

There is a significant difference in how the ITC is likely to impact future energy storage compared to how it fueled the growth of solar. “Storage already made financial sense. It has a five-to-seven-year ROI depending on its location and application and now there is access to a 30% ITC,” Bellows said. “This puts a turbo boost on a process that is already happening.”

Even before the IRA passed, energy storage was poised to grow rapidly. Capacity tripled in 2021 and Wood Mackenzie forecast that the U.S. would add 59.2 gigawatts of new energy storage capacity through 2026.

The IRA also supports an increasingly important clean energy technology: mobile storage. It’s widely accepted that storage is a critical technology in a renewables-dominated grid. Storage fills the gaps when the wind isn’t blowing and the sun is behind clouds.

This is not an abstract concern. This past September, Hurricane Ian’s strong winds and rain caused power outages for millions of Floridians. Mobile storage made more affordable by the ITC could have helped Florida’s utilities and citizens. “If a utility like FPL (Florida Power & Light) had a fleet of mobile energy storage assets, they would have been able to move them around to deliver power to the areas that needed it most,” Bellows said. “And they would have the benefit of purchasing them at a lower cost because of the IRA and gain additional benefits with the ITC because the storage could stay on their network and work as an everyday asset.”

Mobile storage is not a tool only valuable when the power goes out. Energy storage can also be deployed to address peak power demands, helping utilities deliver reliable electricity at a reasonable cost. Utilities and industrial customers can also utilize mobile storage when electricity demand spikes seasonally, like at ski resorts that need a lot of energy to make snow.

The IRA also provides additional incentives to energy storage manufactured in America. Not only does this boost employment in areas where manufacturing facilities are located, but it also builds a critical domestic supply chain.

“Right now, the majority of batteries come from Asia. We see what happens when we depend on other parts of the world for important components of the energy transition and we want to be independent,” Bellows said. “The IRA helps grow our independence and is a huge leap forward. That is a big deal.”