Inflation Reduction Act and the road ahead 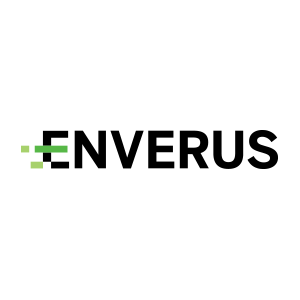 The Inflation Reduction Act of 2022 has been signed into law by President Joe Biden following its expedited passage through the Senate and House. The investment of nearly $370 billion in energy security and climate change programs over the next decade are the largest of its kind. It will aim to incentivize further renewable energy development, increase electric vehicle (EV) adoption, encourage energy efficiency, and even target emissions from oil and gas infrastructure and the agricultural sector. To pay for the investment, the bill introduces tax and prescription drug reforms, which should result in a net $300 billion reduction in the deficit over the next 10 years. Most of the benefits of this plan come from tax breaks, meaning this proposal reduces the cost of renewable energy without burdening the cost of traditional energy.

The act restores tax credits for solar and wind projects to their full rates and ensures they stay in effect at those levels for at least another decade, removing the ambiguity and unknowns that were bad for business. In addition, the act would introduce tax incentives for standalone storage and hydrogen projects as well as expand and extend 45Q carbon capture credits. It also includes other measures that encourage energy efficiency, electric vehicle adoption, and investment in advanced manufacturing. It is a great boost to all things related to the energy transition.

These credits certainly impact the economics of solar, wind and storage projects significantly. All else equal, they increase the tax credit amounts afforded to upcoming solar and wind projects. Wind PTCs were being phased out, but the new Act brings reprieve for the wind industry as the increased tax credits and possible bonuses make wind projects economic in all regions (Figure 1). The ITCs for solar with the possible bonuses as well as the opportunity to claim the PTC in lieu of the ITC solidifies their economics (Figure 2). The introduction of the PTC will also make it easier to secure tax equity financing on solar projects. For all tax credits, the transferability of credits for cash is a welcome introduction that will further help alleviate some concerns regarding the capital stack for new projects, but the tax equity structure is certainly not going away. The industry’s hope that direct pay would be introduced was limited to certain eligible entities and technologies, so transferability will have to do for now.

Additionally, the implementation of an ITC for storage will certainly make the economics for standalone storage projects more attractive (Figure 3). As more and more battery storage projects of the future will need to target arbitrage instead of ancillary services, the tax credits are crucial to ensuring that the economics work in all regions.

The extension of the 45Q for carbon capture and the new PTC for hydrogen will have similar positive impacts on investments in these technologies. Prior to the expansion of the 45Q, only 15% of hub emissions broke even below $50/tonne. The increase to $85/tonne more than doubles the amount of CO2 emissions in the money for potential abatement (Figure 4). Additionally, this increase will motivate broader CCUS adoption across most sectors (Figure 5).

However, as good as these measures may look for these technologies, they don’t solve some of the immediate structural problems such as the all too apparent supply chain issues, ongoing anti-dumping/circumvention related concerns, location and security of rare earth minerals reserves and manufacturing, or the aging and frail power grid. Although the incentives for domestic manufacturing and mining of pretty much anything used for renewables will help, it is not an overnight solution. Additionally, labor shortages remain an issue and it is unclear that the incentives will make domestic manufacturing competitive with global supply.

The Inflation Reduction Act is positive for all things energy transition. The extension and expansion of the tax credits as well as the introduction of new ones for emerging or nascent technologies removes the ambiguity in the market that plagued investment decisions. The economics of all energy evolution-related technologies is positively impacted and will incentivize adoption across all geographies.