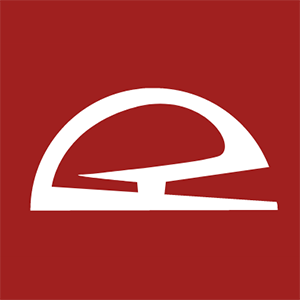 Energy utilities across the United States increasingly rely on wildfire spread prediction models to determine the risk associated with their assets. These wildfire simulations provide consequence measures such as acres burned, buildings destroyed, and population impacted. However, these consequence measures are conditional on the occurrence of an ignition and do not represent the expected risk of an asset. Energy utilities must not only understand the consequences of a wildfire resulting from their assets, but also the probability of that wildfire occurring from one asset over another of similar asset to efficiently prioritize their grid-hardening and mitigation efforts.

Utilities unknowingly assume the probability of failure and ignition is uniform across their assets when they focus solely on conditional risk. The failure of an asset causing a wildfire depends on its attributes, like equipment fatigue, deterioration, conductor type, age, span length, and number of phases. There are additional environmental variables such as the fuel type, vegetation canopy’s density, height and slope, and the local terrain characteristics. This is why it is extremely important for utilities to quantify the expected risk from their assets by determining the probability of an ignition occurring, multiplied by the consequence of said ignition.

Let’s look at an example in an operational scenario where there is a strong wind event forecasted and a utility has the following two circuits:

Circuit A is heavily hardened with a 2% probability of ignition and an expected 100 homes destroyed if an ignition were to occur.

Circuit B is moderately hardened with a 10% probability of ignition and an expected 40 homes destroyed if an ignition were to occur.

A utility will surely focus more on Circuit A than Circuit B if they are simply considering the conditional risk of wildfire consequence since Circuit A's consequence of 100 homes destroyed is 250% more than Circuit B's. However, this example portrays a different picture if the utility considers the likelihood of ignition and instead calculates the expected risk. In this case, Circuit A's expected risk is 2 homes (2% * 100), whereas Circuit B's expected risk is 4 homes (10% * 40), which is twice Circuit A's. Another way to think about expected risk is that it is the outcome that is expected if no action is taken, and conditions are left to run their course. The example of these two circuits demonstrates how just concentrating on an asset's conditional risk of wildfire consequence can create an incomplete picture impeding proper asset risk prioritization. Likewise, focusing purely on ignition probability will also not tell the entire story as consequence is not considered. After all, the main consideration is public safety and the possible impacts an asset-ignited fire may cause. Ultimately, the integration of both elements is critical to properly understanding asset risk.

Additionally understanding expected risk is not only important in an operational setting, but also for short- and long-term grid-hardening efforts. If focus is primarily on wildfire consequences, it may lead to resource allocation to assets that have a low expected risk due to past asset hardening projects. It is important to consider the resilience of the asset when prioritizing risk as the law of diminishing returns shows that for each incremental investment after a certain threshold will yield a diminishing reduction in risk. Typically, asset hardening decisions are prioritized through a risk spend efficiency (RSE) analysis, in which the asset risk reduction is divided by the cost of the mitigation.

If the RSE analysis is based primarily on conditional risk, the asset hardening will tend to sway towards areas with the most extreme wildfire behavior. Hardening these high wildfire consequence circuits does make sense, but you likely cannot guarantee the mitigation efforts are the most efficient at reducing the overall risk across all assets per dollar invested. Ultimately, someone must fund the mitigation efforts, whether it’s utilities, governments, or ratepayers, so it is crucial the right assets are targeted to efficiently minimize expected risk. Ultimately, it’s all about public safety and reducing risk in the most prudent manner.

As the risk of wildfires increases, utilities must take a broader view of risk, accounting for the likelihood of ignition and failure on their assets and combining this with advanced wildfire spread simulations. Focusing solely on wildfire consequences paints an incomplete picture and can lead to inefficient resource allocation, both operationally and in long-term system hardening strategies. Asset hardening budgets are finite, so it is critical that wildfire mitigation plan properly reflect expected risk from assets to efficiently reduce wildfire impacts on utilities, local communities, and the surrounding nature. Learn more about the modeling science behind this work and how that science is put into practice.