AEP CEO: EPA carbon rules may cause 'cascading outages' on the grid

The shifting regulatory picture is radically transforming generation resources across the country, and few policies—proposed or otherwise—will have an impact like the Environmental Protection Agency's (EPA) proposed rules for carbon dioxide emissions from existing power plants.

The plan aims to reduce carbon dioxide emissions from existing power plants nationwide by 30% by 2030 from a 2005 baseline, but each state has its own target and will need to develop its own plan to meet it. While environmentalists may argue the mooted rule doesn't go far enough, many utilities are concerned about maintaining reliability in the face of dramatic change on the grid. 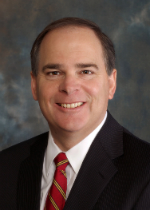 The cornerstone assumptions of the EPA's Clean Power Plan are not realistic, too aggressive and may cause cascading outages on the grid, American Electric Power (AEP) Chairman, CEO and President Nick Akins told analysts on an earnings call last week.

AEP is one of the biggest U.S. utilities with a coal-heavy generation portfolio totaling 38,000 MW of capacity, the nation's largest transmission network spanning almost 39,000 miles, and seven regulated utility subsidiaries serving 5 million customers across 11 states. So while AEP may have a vested interest in opposing the EPA's plan as written, the company also has a lot of experience operating power grids across broad swaths of the country.

Today's electric grid is "the backbone of everything we do in society," Akin said on the call. "We happen to take the continued reliable operation of the power system seriously."

"The EPA's proposed rules will generally require fundamental change in the way the electric grid, capacity and energy markets and the state review and approval processes function," he said, adding that the EPA's timetables are "much too aggressive" and the plan is "just too complicated" for everyone to understand without "a well-thought-out plan for development and execution."

On the call, Akins said that he instructed his team to run system planning and performance studies to see how the grid would work under the EPA's 2020 cornerstone assumptions.

AEP CEO: The EPA's Clean Power Plan is not realistic, too aggressive and may cause cascading outages.

"The results of those studies found ... widespread occurrences of voltage degradation, collapse, and, in fact, cascading outages [on] the electric grid," he said. "These results are even before any contingency outages, such as loss of generation or transmission facilities."

The Southwest Power Pool, the independent system operator for the south-central region of the U.S., ran similar studies with the same results, Akins noted. "FERC should require NERC and the RTOs to perform these studies as they will know no doubt confirm the same results."

The current 2020 targets "must be dropped," Akins said, "and the states be given the flexibility to do the proper analysis to formulate plans."

"If you hear someone say the proposed plan is okay, they probably have not run a load flow or stability study of the system and have either depended upon a market study or some other generalization," Akins said, responding to support for the EPA's plan.

"The proper technical analysis needs to be done," Akins concluded, so that the country can achieve a more balanced resource mix without compromising grid reliability.