California has aggressive plans to put a million and a half zero-emission vehicles on the road by 2035, but last month, state utility regulators turned back an ambitious plan from Pacific Gas & Electric to build electric car chargers, saying that California's largest power provider needs to slow its roll.

PG&E had asked the commission for approval to build 25,000 utility-owned and operated level two charging stations and 100 DC fast charging stations in its Northern and Central California territory. The chargers would comprise about 25% of the infrastructure needed in its service territory, the utility claims.

But the CPUC ruled that the proposal was too much, too fast. Unlike the other California IOUs, its proposal did not include a formal pilot program, instead aiming for direct approval for tens of thousands of EV chargers.

“PG&E was the only party to oppose formal phasing of its application,” wrote Commissioner Carla Peterman in her ruling. “The transition plan must identify steps that will be taken to minimize market uncertainty and discontinuity.”

When utilities want to use customer funds for a new type of business, they need to proceed cautiously, explained Mindy Spatt, communications director of the utility watchdog The Utility Reform Network (TURN).

A more careful approach, Spatt said, would have been to begin with a pilot project so "the commission can see if these kinds of investments are cost-effective and benefit all customers.”

The SDG&E and SCE programs differ significantly, but both are phased. The SCE program begins with a one year pilot. The SDG&E program is a five year rollout. The two proposals are moving steadily through a streamlined CPUC settlement process.

According to Jay Friedland, senior policy advisor for the EV advocacy group Plug-In America, the phased approach those utilities took "won over the ratepayer advocates and that agreement accelerated the process."

California's appetite for electric vehicles is pushing utilities to deploy them quickly in their service areas.

PG&E's proposed 25,000 level two chargers, located at commercial and public sites, would have provided up to 25 miles for every hour of charging. The 100 DC fast chargers, which fully recharge an EV’s battery in only 30 minutes, would have been more dispersed.

About 40% of that — 400,000 cars — are expected to be deployed in PG&E's territory, and based on research from the National Renewable Energy Laboratory (NREL) and the Electric Power Research Institute, PG&E calculates it needs one two-level charging station for every four vehicles.

That comes out to 100,000 charging stations for its territory. PG&E’s proposed 25,000 stations only meet 25% of the need. But Ellis said a 25% market share leaves 75% open to "other players," while slashing barriers to "EV ownership, drive adoption and raise awareness."

However, 100 DC fast chargers will likely make up no more than 20% of the PG&E territory’s 2020 need, Ellis acknowledged, when studies show a need for 500 or more.

"Some automotive companies are suggesting 1,200-plus fast chargers to make charging more analogous to today’s fueling paradigm,” Ellis said. “We may need more than 100 in the future.”

PG&E says it is already familiar enough with EVs to jump into the program without a pilot project.

CEO Brett Hauser of Greenlots, whose company is partnering with SCE in an EV charger pilot, agreed that EV infrastructure is critical to meeting the state's zero emission vehicle goals and pushing growth of the EV sector.

“Utilities have a significant role to play in developing a robust, interoperable charging network that meets the demands of the industry and the vision of the state,” Hauser asserted. “I think the CPUC recognizes this, but wants to proceed cautiously.”

But the ruling very well could “impact the distribution and accessibility of infrastructure in the short term, which could mitigate greater adoption of EVs,” he added.

Why the SDG&E and SCE proposals are moving ahead

While PG&E's proposal hit a wall, other utilities' EV proposals are rolling along.

Because of the consensus toward the plans in a broad coalition of automakers, charging companies, environmentalists and third party providers, "it is possible there will be a final commission decision on them by the end of the year and deployment of chargers early next year," Friedland said.

Program sign-ups would run from 2016-2019, with construction continuing through 2020. The capital cost would be approximately $59 million and operations and maintenance would add $44 million.

“This is the approach TURN wanted because it is phased,” TURN's Spatt said. “The question is: Can customers as a whole benefit from utilities spending in this way? We want to see this question answered in the pilot program.”

TURN has been a leader in pushing for a stronger renewables mandate for California, but believes the promise of green energy is not just in being cleaner but in being affordable as well, she explained.

“If PG&E feels strongly they can do this program cost-effectively," she said, "they can always use shareholder money to do it.”

As one of the leading EV advocacy groups, Plug-In America could be expected to blow the whistle if the commission’s ruling on the PG&E proposal represented an obstacle to EV adoption. But Commissioner Peterman’s leadership has been “phenomenal,” Friedland said.

“We think PG&E will come back with a phased pathway similar to the other utilities and settlement talks will begin almost immediately,” he added.

EV advocates endorse the overall process, Friedland said, as it will test the response to EVs in the different utility territories and find out if there are best practices for building EV charging infrastructure.

The SDG&E and SCE programs now working their way through the settlement process have important similarities and differences, Friedland explained.

SDG&E wants to test its ability to use price signals and other types of market practices to do load shifting and demand response. Though the utility will own the charger infrastructure, the initial proposal has evolved with third party providers allowed to participate, Friedland said.

SDG&E and the charger providers will have enough granular control of the charging equipment to manage it in response to grid needs, he said. Users would opt in and register their charge needs so the program would be less interactive at the driver level, but there would be charger-grid interactivity.

The program would test the contributions of EVs in slowing demand at peak periods and shifting the load from the early evening demand peak to the midday supply peak when renewables are in excess, Friedland explained. “EV charging would then be helping utilities sell electricity in a smarter way.”

SCE’s program was planned from the outset to have a pilot phase and to have the chargers supplied by third party providers.

“It was always a more market-based program and the customer was always more responsible for understanding and responding to price signals,” Friedland said. “That’s probably why their settlement proceeding has been the shortest.”

What's ahead for PG&E

Meanwhile, PG&E’s program initially called for the utility to own all the infrastructure with the goal of deploying a lot of chargers quickly, Friedland said. “Now it looks like there is pressure to include third parties.”

In its September filing, CPUC commissioners directed the utility to file a new proposal by Oct. 12 that includes a pilot project of no more than 2,510 charging stations deployed over 24 months or less. It also called for a transition period of at least 18 months for the CPUC to evaluate data on the program.

Regulators aim to make a final decision on the PG&E EV charging program in June 2016.

Editor's note: A previous version of this article stated that the San Diego Gas & Electric’s EV proposal is one-year pilot. That is incorrect. SDG&E’s proposal is a five-year roll-out instead of an initial pilot. The article also incorrectly stated the involvement of solar companies. Third parties will be involved in the proposal, but won’t own the charging equipment. 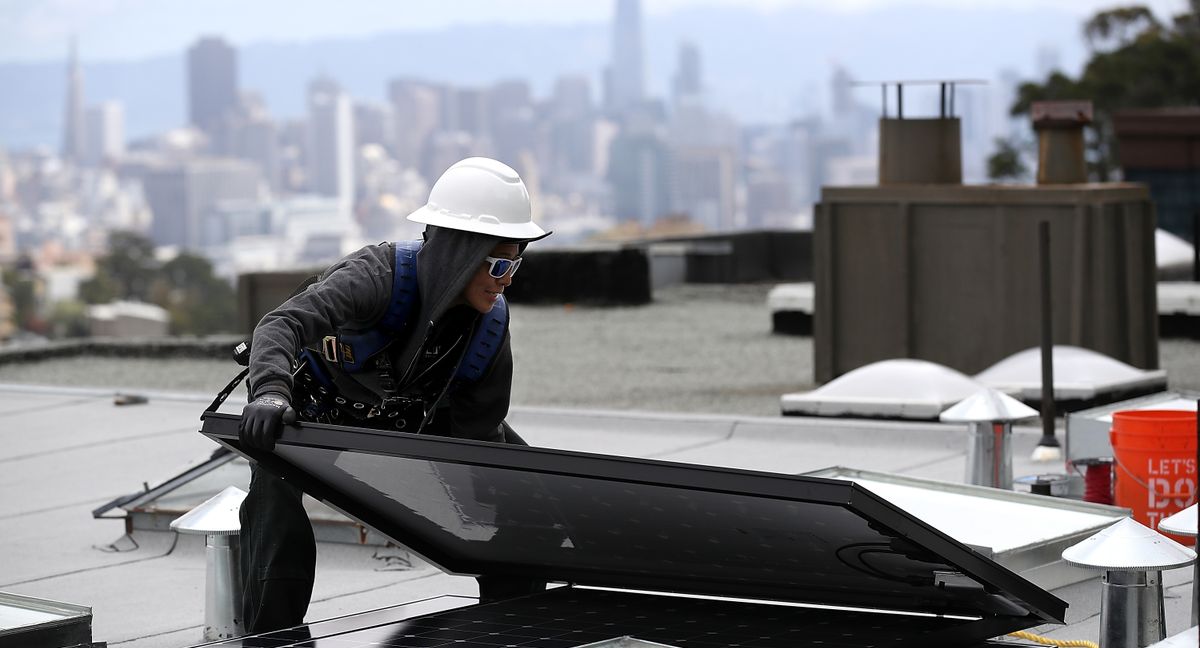 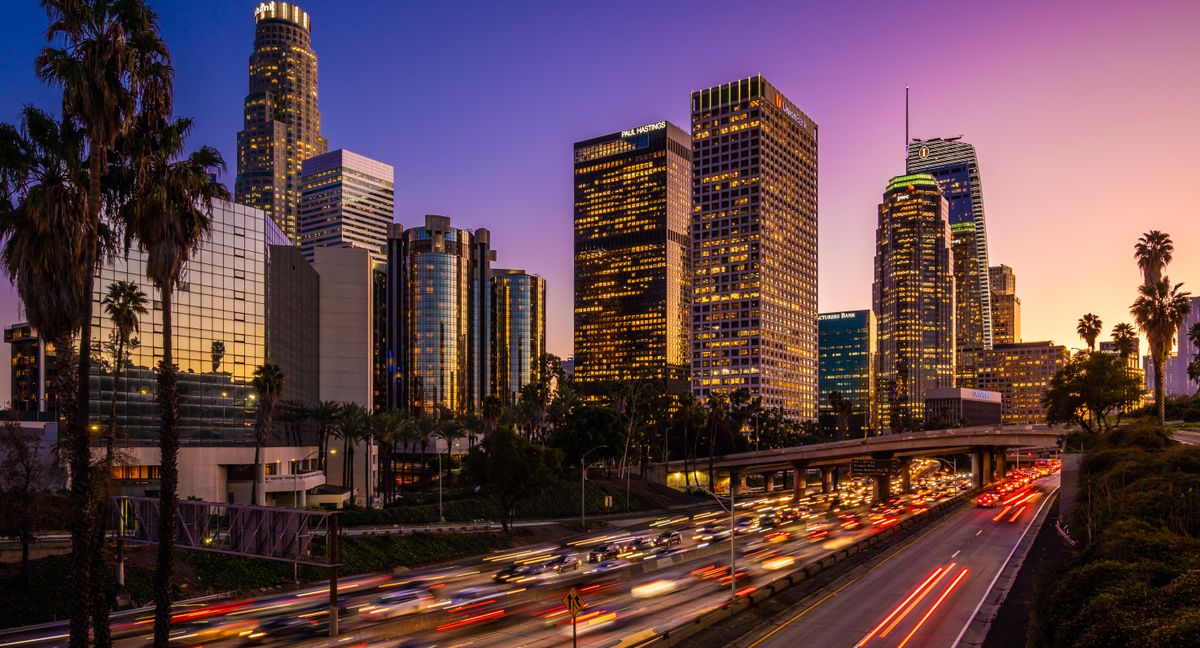