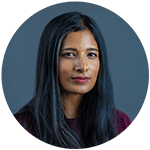 California's investor-owned utilities currently operate on a "volumetric" pricing model, where fixed costs are recovered through increased per-kilowatt hour rates — a practice that is very different from the rest of the country and even California's municipal utilities, according to Borenstein. The support for this pricing system has largely come from environmentalists and energy efficiency advocates, on the basis that high electric rates will encourage people to reduce their usage, he added

"That has carried a lot of sway in the state, but as we start facing electrification as a real goal, it starts to become apparent that high volumetric rates are going to discourage people from electrifying — whether it's their vehicle, hot water heating, space heating, [or] clothes dryers," he explained.

And because at this point a typical low-income household consumes almost as much electricity as a wealthy household, adding a few cents per kilowatt hour to cover other costs translates to a much larger share of the income of the latter.

"Effectively, what we're doing is imposing a very, very regressive tax on electricity consumption in order to pay for many programs and infrastructure," Borenstein said.

The report from Next 10 and the Energy Institute indicated that residential prices per kilowatt hour charged by Southern California Edison (SCE), Pacific Gas & Electric (PG&E) and San Diego Gas & Electric (SDG&E) are about 45%, 80% and double the national average respectively.

The report identified three broad categories of factors that have collectively pushing up utility revenue requirements: costs currently funded through rates but not required to serve current load, like energy efficiency programs; costs that are required to maintain the grid, but don't change with increasing or decreasing demand from current customers, like paying to maintain transmission lines; and cross-subsidies among ratepayers, like rooftop solar incentives and low-income programs. In recent years, the impact of energy efficiency and renewables programs has decreased, while fixed costs are contributing to the majority of the cost recovery gap.

In total, according to the CPUC whitepaper, rates for PG&E, SCE and SDG&E have increased by 37%, 6% and 48% respectively since 2013. And these increases do not account for the billions of dollars the utilities are investing in wildfire prevention, since those haven't yet been fully reflected in rates. The CPUC estimates that between 2021 and 2030, wildfire costs will increase PG&E's revenue requirement by $20.2 billion; SCE's by $14.8 billion; and SDG&E's by $3.9 billion.

These costs are going to push up rates quite significantly over the next ten years, Borenstein noted.

Experts have identified various measures that could keep electricity in California affordable. One strategy, according to Mohit Chhabra, senior scientist at the Natural Resources Defense Council's climate and clean energy program, is proactive electrification, which can put a downward pressure on rates by spreading fixed costs over a larger sales base.

The Energy Institute report also identifies measures to address the current inequity in California's pricing structures. One is by raising revenue from sales or income taxes, which would place a higher share of costs on higher-income households.

Another option is to shift utilities to an income-based fixed charge, where wealthier households would pay a higher monthly fee.

These are bold ideas, but it's unclear whether the state legislature and regulators have the appetite for them, Chhabra said.

"But there's aspects of it we can start to integrate — how do you better structure rates to give customers the signal that most of the costs are fixed costs… [and that] the more you use, the more you pay but really if you use more in the afternoon, it costs a lot less for the grid," he said.