Reliability, resiliency and flexibility-related concerns at medical facilities are drumming up interest in distributed energy systems.

In 2018, with a nearly $5 million grant from the California Energy Commission (CEC), a company called Charge Bliss built a 250 kW, 1 MWh solar and battery storage microgrid on top of a medical center in Richmond, California.

The center saw immediate benefits, including a roughly one-third reduction in energy costs, according to healthcare provider Kaiser Permanente. Now, as the medical industry continues to reckon with COVID-19 and California faces the likelihood of more wildfire-related power outages, Kaiser is looking to deploy more solar-plus-storage systems and fuel cells.

"I think the whole COVID-19 situation just really reinforced the nervousness that we all have about power reliability in general," Seth Baruch, director of energy and utilities at Kaiser Permanente, told Utility Dive.

"It's definitely affected our thinking and reinforced the notion that energy security is vital to be able to carry out what we need to do" he added.

"The hospitals that have already implemented microgrids are a step ahead."

More and more hospitals have begun looking at microgrids to provide full campus back-up than they have in the past, Adam Dutka, vice president of healthcare at PowerSecure, told Utility Dive.

Previous apathy on the subject was due to both higher costs and a perceived lack of need. But prices are becoming more competitive, and the COVID-19 pandemic has forced hospitals to be flexible in where they route and treat patients. And while hospitals generally have back-up generators for their critical branches, a power outage could cause the rest of the building to go dark.

"The hospitals that have already implemented microgrids are a step ahead. They were very flexible during this pandemic — they've been able to see multiple patients, they were able to take demand," he said.

Deploying microgrids in medical facilities can be challenging, however, due to regulatory hurdles and an overall lack of awareness.

'A crisis within a crisis'

Kaiser decided to deploy its first microgrid at the Richmond center because it is the sole general hospital in its county. During an emergency, the system can island the facility's life safety emergency power branch; the rest of the time, it helps to reduce energy consumption and can reduce approximately a quarter of peak load.

"The strategy right now is to focus on the sites at the biggest risk of power reliability problems."

"This project started many years ago, but we were already starting to get a sense that microgrids were going to play an important part in the healthcare sector," Baruch said.

"The Richmond site has a fairly spiky peak, so being able to discharge the battery during normal grid operations, to shave those peaks, is saving the facility a lot of money in demand charges," he added.

But the microgrid can provide important resiliency benefits as well. Last year, California utilities shut off power to vast swaths of the state to guard against wildfire risk, a practice that's expected to continue for the next few wildfire seasons. Now, Kaiser plans to deploy more microgrids — possibly nearly a dozen in the long run, Baruch said, with three or four set up before fall 2021.

"It's going to be a multi-year process," he said, adding, "The strategy right now is to focus on the sites at the biggest risk of power reliability problems."

Reliability concerns appear to be driving some degree of interest in microgrids, and distributed energy resources in general, from the healthcare sector.

Ever since the pandemic hit, Enchanted Rock, which deploys natural gas microgrids, has seen an uptick in interest from the industry, Chief Commercial Officer Allan Schurr told Utility Dive. The company recently deployed a microgrid at a hospital in Victoria, Texas.

"I think it's becoming more relevant now because the pandemic has basically highlighted that the world can change tomorrow."

Essential businesses, including those in the healthcare space, are focused on ensuring "that they don't see compounded crises — a crisis within a crisis," like a power outage occurring during a pandemic that affects day-to-day operations.

While hospitals have back-up power for a subset of their load — like intensive care units and emergency lighting — that isn't always enough to allow for continued normal operations, he explained.

Energy storage company Humless has also seen an uptick of interest from the medical industry, Chief Technology Officer Lloyd Wilford told Utility Dive. Resiliency has always been an important consideration for the industry, "but I think it's becoming more relevant now because the pandemic has basically highlighted that the world can change tomorrow," he said.

In California, the need for resiliency is two-fold. During the public safety power shut-offs last year, many hospitals in the North Bay had to reschedule or cancel non-emergency surgeries, Baruch said. Diesel generators allow hospitals to go ahead with emergency procedures, but "non-emergency surgeries will not take place because you don't have two sources of back-up power," he explained.

Another market for microgrids and distributed energy resources are mobile medical facilities and pop-up clinics. Earlier this year, storage manufacturer SimpliPhi Power partnered with a non-profit to deploy a microgrid-powered field hospital at the Matamoros migrant camp on the United States-Mexico border, home to around 3,000 asylum seekers. Their battery systems power the camp's pop-up intensive care unit for treating COVID-19 patients.

"If we think this is the last time we're going to be dealing with something like this, I think we're being foolish,"

"With COVID-19, one of the primary impacts, of course, is respiratory illness, and with diesel generators, which are so characteristically used in these kinds of situations … they are large and they are loud and they spew really noxious fumes," Catherine Von Burg, CEO of SimpliPhi, told Utility Dive.

In addition, field hospitals and pop-up clinics are often located in disaster areas, making the logistics of ensuring a constant supply chain of fuel to the site a challenge.

The mobile microgrid at the Matamoros camp has also provided the non-profit operating the facility with $2,000 per month in savings, according to SimpliPhi, which would otherwise have been spent on fuel for a diesel generator.

COVID-19 could have a long-lasting impact on how industries view distributed solutions and microgrids, von Burg said.

"The COVID-19 pandemic has created a real fundamental or paradigm shift in the way people view large systems, the way they feel about their dependence on those large systems and the way they are taking on responsibility for building their own resources, or reserves, so they're not as dependent," she said.

"If we think this is the last time we're going to be dealing with something like this, I think we're being foolish," Dutka concurred. "My hope is [hospitals] are looking at what they need to do to become the most resilient asset in their community."

Microgrids can have a huge value for healthcare facilities, which generally face extremely high energy costs, Chad Beebe, deputy executive director at the American Society for Healthcare Engineering, acknowledged. But deploying them can be difficult from a regulatory perspective.

In order to participate in Medicare or Medicaid services, hospitals are required to comply with National Fire Protection Association codes that were originally written around a traditional power source being fed by a utility with a back-up, typically diesel, generator. A microgrid system would have to be very carefully designed to comply, according to Beebe.

"Right now, quite frankly, the biggest issue and hurdle we have is the regulatory hurdle," he said.

For the Richmond facility microgrid, Charge Bliss coordinated with California's Office of Statewide Health Planning and Development to ensure that it was complying with regulatory requirements, according to an April 2019 report prepared for the CEC.

Another issue limiting deployment of microgrids for healthcare facilities is a lack of awareness, according to von Burg,

"Our challenge is always to get the messaging and the marketing out there, so that they know this is the solution — it'll save you money, it'll improve the quality of services [and] certainly the air around you," she said. 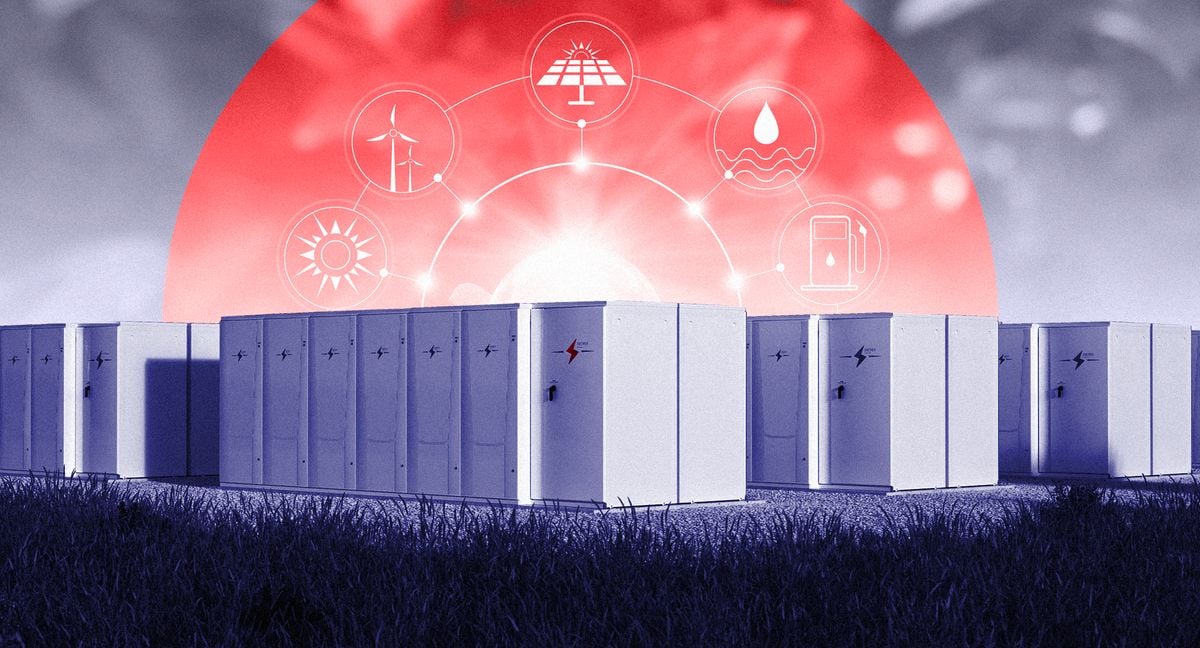