As with the value of distributed solar before, competing methods of valuing distributed energy resources (DER) of all types are emerging.

Utilities in New York and California, driven by regulatory imperatives, have taken bids from private sector DER providers that avoid or defer distribution system investment. That is one way to set value, but mandated competitive bidding is a poor vehicle to set simple, replicable standards for DER valuation.

More comprehensive efforts at valuing DERs are emerging, but many rely on complex locational valuation schemes that also fail the simplicity and replication tests. There is, however, a new, simpler metric defined in a white paper from global energy consultant Nexant and the Smart Electric Power Alliance (SEPA) — “load carrying capacity factor” (LCCF).

Unlike the initial efforts to calculate a value for distributed solar, the LCCF is not a DER value expressed in cents/kWh. Instead, LCCF is the numeric value of a DER that describes how effectively it can reduce the peak load at a specific location with a specific load profile.

LCCF “is like a capacity factor or availability factor for DER,” SEPA Research Analyst and report project manager Vazken Kassakhian told Utility Dive. It “incorporates each DER’s unique operating characteristics and quantifies its ability to address a specific distribution system need at a specific location at a specific time.”

“It is a cross between when capacity is needed and when production is there,” added Alana Lemarchand, a Nexant senior consultant and paper co-author.

The locational value of DER is only one of the “building blocks” needed before DER can be integrated into utility best practices, the paper cautions. The complexities of incorporating valuation into distribution planning, bulk power planning, and customer strategies remain to be resolved.

Even so, DER advocates largely welcomed the new valuation as an important step forward.

The report “accurately identifies the most important metrics” for locational value, but also “correctly notes that this locational distribution deferral value is only one of the many benefits that can be provided by DER,” said Ed Smeloff, regulatory managing director at Vote Solar.

The theoretical methodology behind the LCCF analysis is now meeting dollars and cents reality in a new pilot program and emerging utility planning processes at Central Hudson Gas and Electric. Through them, 300,000 customers in New York state will soon provide useful information on whether the method accurately reflects the real-world market.

DER value is location specific to the system operator, but also depends on “the unique operating characteristics of individual DER,” the paper reports. Nexant’s objective is “a common metric” for that value that would meet three fundamental analytic needs.

A common metric would also allow utility planners to be “technology agnostic” and make the most cost-effective investments, the paper adds. And it would similarly allow policymakers and regulators to design rates that send the most accurate price signals.

This common metric that would describe DER value can be quantified through three basic questions that show how a DER differs from the traditional distribution system infrastructure it would replace, the paper reports.

The first question asks what the load shape of the DER is. This includes when it is available daily and seasonally. Distributed solar and wind, for example, have distinct and familiar load shapes, while other DERs may be more dispatchable.

The second question asks if the DER can be used flexibly. This includes how long it can be available each day, how far ahead notice must be given to bring it into service, and how long it takes to ramp it to full capability. Battery energy storage, for instance, ramps almost instantly but may require charging beforehand, Nexant notes. Energy efficiency does not ramp, but is “always on.”

The third question asks about operating constraints, such as the time, place, size, and duration of the DER’s capability to deliver energy or reduce load. Demand response contracts, for instance, may limit use to a certain number of hours, days, or events per year.

The answers to these questions, as they apply to the specific location at which the DER would be used to replace traditional infrastructure, determine the LCCF.

In an exemplary case described by the paper, a particular local load starts increasing around noon and falls off around 8 p.m., with peak demand from the 5 p.m. to 7 p.m. period. At the given location, rooftop solar contributes very little value toward meeting that peak demand because its output fades sharply after 3 p.m. By Lemarchand’s calculations, it gets an LCCF of 0.34.

Residential energy efficient lighting, likewise, isn’t used very much until after 7 p.m. and commercial-industrial lighting has significant value until 4 p.m. but fades quickly after that, as the workday ends. This is an LCCF of 0.20, according to Lemarchand.

Residential and commercial-industrial air conditioning, however, are both in very high use through the peak demand period, especially in the summer, and therefore have a high LCCF value of 0.84 for meeting the peak demand at this location.

Part of that high LCCF value is due to the assumption that there are not the operating constraints typical of a demand response program, Lemarchand noted.

The report’s example “is a reasonable portrayal of the distribution capacity factor for those resources for the hypothetical distribution circuit,” Smeloff said. But the report acknowledges that in most cases a portfolio of DER will be needed to effectively substitute for a conventional distribution system upgrade, he added.

In the simplest terms, a DER is a distribution system solution if it meets three criteria.

First, its LCCF must address “all peaking risk which would otherwise trigger a traditional capacity investment.”

Second, it must have extra capacity and reliability “similar to what would be provided by the traditional investment.”

Finally, the net present value of the DER solution’s cost must capture the “time value of money” by being “lower than the cost of the non-deferred traditional investment,” the paper reports.

In economic terms, the net locational capacity value of DERs is “the future cost of traditional distribution equipment (substation, transformer, etc.) that would otherwise be needed,” minus “the cost of the DER alternative,” the paper reports.

But that net cost of DER could be difficult to determine, Smeloff cautioned.

“While simple in concept, it will require a holistic approach to integrating DERs into wholesale electric markets and/or utility IRPs and procurement processes and in coordinating the values they provide to the bulk power system, the distribution system and the host customer,” he said.

As part of its commitments under the state’s Reforming the Energy Vision docket, Central Hudson is testing the LCCF methodology in a DER pilot program and its broader utility planning.

In the CenHub Peak Perks pilot, customers in pre-identified areas of the utility’s service territory will earn bill credits for allowing the Central Hudson, in partnership with demand response provider Comverge, some degree of control over their central air conditioning and/or pool pump use.

The goal of these non-wires alternatives (NWA) to traditional distribution system infrastructure is to reduce peak demand by 16 MW on circuits in four counties where the Nexant methodology spotlighted concerns handling peak load.

“By working with our customers to control energy use in these locations on peak days, we are seeking to avoid or postpone system upgrades in these areas, ultimately saving money for all our customers,” Central Hudson President/CEO Michael L. Mosher said on the company website.

The demand response programs are expected to be cost-effective for the utility because they are at specific locations.

“We are testing to see if the DER provide the value we expect,” said Joseph Halley, manager of energy transformation and solutions at the Central Hudson. “As the programs put in place mature, we will find out if the methodology works.”

Much of that will depend on “how well the operational characteristics of DERs … align with local peak patterns and reduction needs,” the Nexant paper reports.

Central Hudson expects the demand response programs to allow it to defer infrastructure investments, Halley said, but that is contingent on the customer response.

“It is not only a test of the Nexant theory but also a test of public interest in participating in this kind of program,” he said.

“The design and implementation of NWA sourcing processes will continue to evolve as experience is gained from demonstration projects and as utilities begin to incorporate NWA as a routine aspect of distribution system planning,” according to the Central Hudson Distribution System Implementation Plan (DSIP), recently filed with the New York Public Service Commission.

The utility is also incorporating NWA in its transmission and distribution system planning.

By looking at load at the substation level, Central Hudson planners were able to “see where load was going to grow and where a DER load profile could be coincident with the load profile at that location,” he added.

The study methodology validated anecdotal observations from Central Hudson engineers and planners that “many areas” on the utility’s system did not meet the standard for cost-effective locational value, Halley said. “The study's numbers and mathematical analysis allowed us to demonstrate that.”

The methodology also allowed utility planners to spot one location and include it in the DSIP as an area suitable for an NWA upgrade.

Both Lemarchand and Halley acknowledged that the Nexant methodology is also still evolving. One of the key considerations is how a portfolio of DER would be valued.

“The LCCF of a resource portfolio should ideally be calculated as an iterative process where the peaking risk allocation is recalculated as least-cost resources are layered into the portfolio,” the paper reports. This layered portfolio would “leverage and combine unique strengths” of both DER and traditional distribution infrastructure to create a whole that is “more effective than its individual parts,” the paper adds.

The process is analogous to “a mini IRP because it looks across all available resources and iteratively layers in the least-cost resource until the need is met,” Lemarchand said.

The next questions DER valuation must confront are how locational value can be integrated into a fuller cost-benefit analysis and into integrated distribution planning, the paper authors said.

Though these important questions remain to be answered, the common metric proposed and its adoption by Central Hudson and other utilities has moved the conversation, according to the paper, “from exploration of concepts to discussion of real-world, quantitative approaches.” 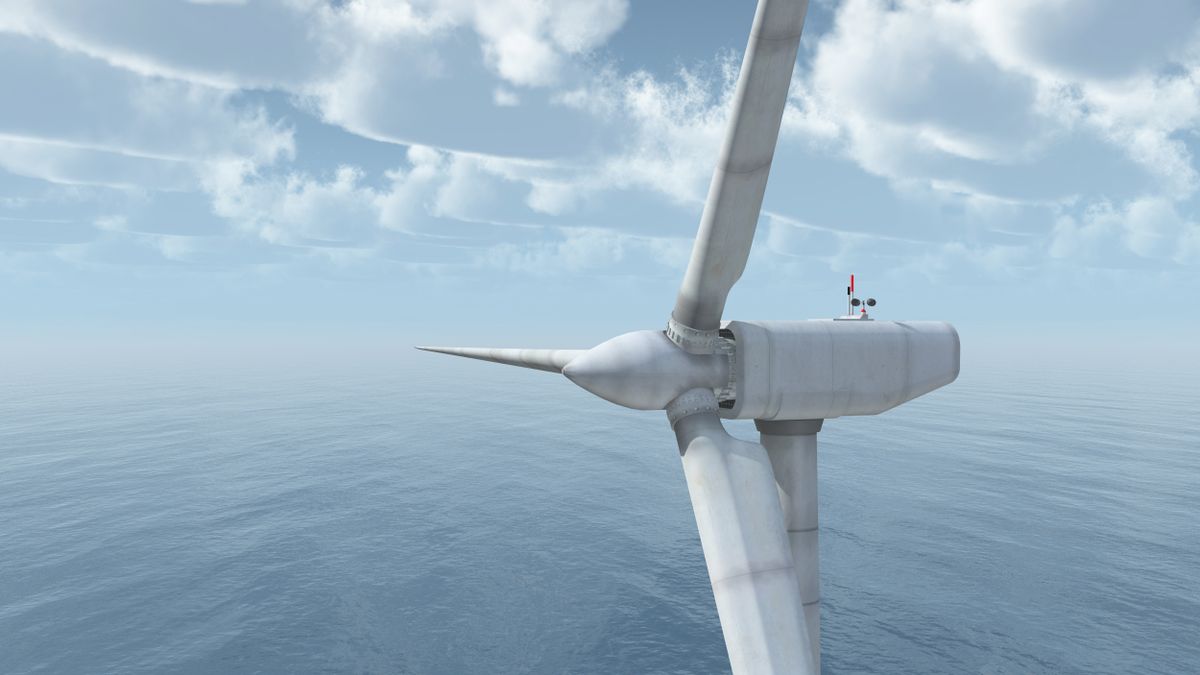 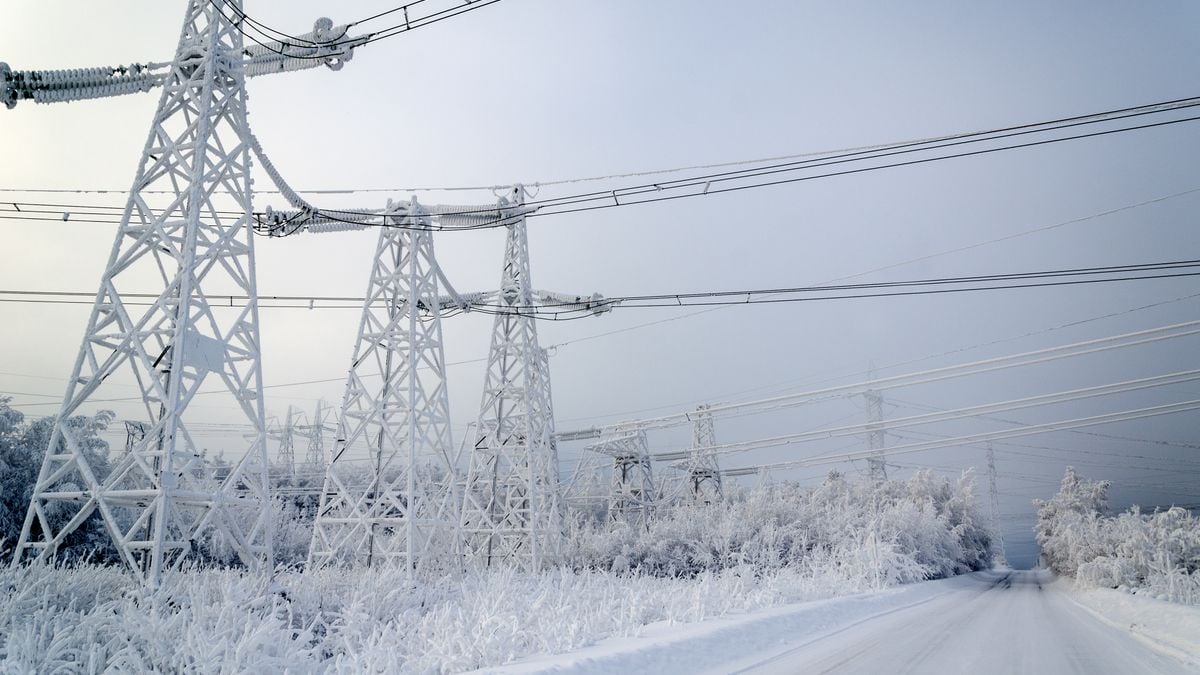