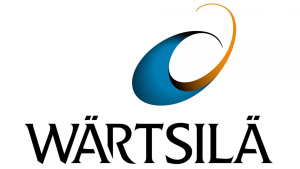 The renewable energy industry and efforts for vast decarbonization this decade have the feel of serious momentum thus far in 2021. The growth of renewable energy continued largely unabated during the pandemic and demonstrated how a decarbonized grid would function in the real world. Corporations are sending signals to the market that the era of mass decarbonization is upon us, most recently and prominently with the announcement that the 2022 Ford F-150, the most popular consumer automobile in America, would be offered fully electric and at a price comparable to its internal combustion engine counterpart.

There are also signals on the policy front, driven by the new leadership in Washington and increasing recognition in the states that decarbonization and electrification is a political and economic winner. The Biden Administration's infrastructure bill could represent the largest investment in clean energy, the electricity grid, and decarbonization the country has ever seen. Clean energy advocates can sense their moment and are advocating for policies ranging from a national clean energy standard to carbon taxes to tax credits that incentivize new high voltage transmission lines.

The lynchpin to these aggressive decarbonization and electrification goals is to massively expand the already growing market for battery storage technology. To date, storage has primarily been incentivized as a component of solar energy projects to be eligible for the solar investment tax credit (ITC). The pairing of solar and storage makes sense in many cases and the two technologies are often complementary to each other.

But limiting storage eligibility for federal investment tax credits to solar project pairings significantly undervalues the myriad benefits that energy storage projects provide. Standalone storage provides numerous benefits beyond increasing the value and utilization of intermittent renewable power. Energy storage can provide backup power to critical load centers such as hospitals. It enhances grid flexibility, reliability, and resilience through grid services such as frequency regulation and spinning reserves. Storage will be critical in meeting the aggressive climate goals pursued by the Biden Administration. According to the U.S. Energy Storage Association (ESA), an additional 97 gigawatts of storage - a 3,200% increase from today’s installed capacity - would need to be deployed for the U.S. to meet its climate change targets by 2030. In short, energy storage is in and of itself an indispensable component of our clean energy future and public policy should prioritize deployment of standalone storage in addition to projects paired with renewable energy.

Fortunately, there has been momentum of policy that recognizes the unique value created by standalone storage projects. Key stakeholders, including the Biden Administration, are increasingly recognizing the value of standalone storage and are advocating for a storage ITC to be included in congressional Democrats' infrastructure legislation this year. In March, a diverse group of trade associations, businesses, and environmental advocacy groups distributed a letter to leaders in the U.S. Senate and House of Representatives, urging them to make standalone storage projects eligible for the ITC already eligible to clean energy projects like solar.  And, according to the ESA, it looks increasingly likely that bipartisan legislation to extend the ITC for standalone energy storage projects will be considered in House and Senate committees this summer.

Tax credits are an effective, but not perfect policy mechanism. They are highly dependent on the availability of tax equity for project capital stacks. As our colleagues in the solar industry learned after the 2008 financial crisis, a tax credit isn't particularly useful if there is not a project capital partner with taxable earnings to offset. Congress has learned these lessons and has included provisions in the legislative text to address these potential challenges. Storage projects also create multiple value streams, making them more complex than clean power generation projects. For most renewable energy, the equation is fairly simple: a credit worthy offtaker, a PPA, and the rights to a site and you are off and running. With storage, the amount of value created is not as correlated to project size.

But by and large, the ITC has been indispensable for the development of the U.S. solar energy market and would likely do the same for standalone storage. It has driven down the cost of solar energy and created a certainty in the market that was lacking prior to its implementation. The long-term nature of the ITC’s availability sent a powerful signal to capital markets, manufacturers, and project developers. That stable policy environment has allowed the solar market to thrive beyond even the most optimistic forecasts from a decade ago. Extending the ITC to include standalone storage would send a similar market signal to manufacturers, to system optimizers like Wärtsilä, to project finance and developers, that investment in the storage value chain makes for good business.