COVID-19 is allowing a sneak peak for how high-penetration renewable, flexible electricity markets will function in the real world 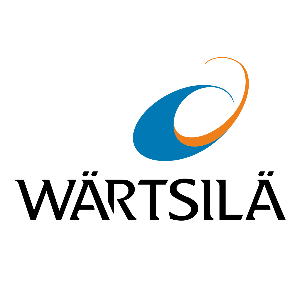 Since it began, the COVID-19 pandemic has had a profound impact on electricity markets in Europe. Market conditions that most in the industry - including me - thought were still 5-10 years into the future have suddenly, unexpectedly materialized, offering a glimpse of how the grid and power markets will regularly function in the near future. These impacts have many important lessons that regulators, grid operators and power producers can use during the suddenly accelerated transition to electricity markets characterized by large shares of renewable energy, flexible generation and optimization of resources.

So, what happened in Europe? In April, as the EU took action to suppress the spread of the virus, demand for electricity declined as businesses closed their doors, manufacturing and industrial processes shutdown, and families sheltered in their homes.

The results speak for themselves, as Wärtsilä's new Energy Transition Lab visualization tool illustrates. In April and May, year-over-year total load was down nearly 11%. This put pressure on baseload fossil-fired generators and enabled countries like the United Kingdom to shut off generation from coal for the first time since the start of the Industrial Revolution. The share of renewable generation in Europe in April and May was 45%. There were more than ten days in which greater than half of power generation was from renewables, a milestone many in the industry have been skeptical was possible with current grid infrastructure. It now has happened and serves as a real-world demonstration of the viability of high-penetration renewable scenarios.

The increase in clean renewables corresponded in reductions in the carbon intensity from power production. Carbon emissions from power were down more than 20% and generation from coal declined by more than a third as inflexible baseload capacity gave way to flexible generation, both hybrid and renewable. In fact, average profit for flexible assets like energy storage is up an eye-popping 470% during the COVID crisis.

While these top-level insights provide proof points for the viability of a renewable, flexible grid that my colleagues at Wärtsilä have described and anticipated, digging a little deeper into the data reveals some challenges as well.

Unfortunately, Germany's sustained investment in renewable power has not been coupled with equivalent investment in system-level planning and controls. Such investment would give power producers and grid operators the flexibility needed to maintain the reliability and efficiency of a majority-renewables electricity market. The transition to a more flexible electricity system requires three equally important pillars: high deployment of renewable power, flexible generation including energy storage capacity, and advanced software - like Wärtsilä's GEMS - to optimize and orchestrate the efficient use of these resources. Only having one of these pillars was an expensive lesson for Germany, as it paid Norway €1m per hour to import their excess renewable power.

More robust system-level controls in Germany would have allowed for better forecasting of the influx of renewables and the ability to store the excess intermittent power and use it to smooth grid volatility at a later time. The increased efficiency of system-level, battery-enabled control is a win-win for the grid operators and power producers. It offers grid operators a less volatile load profile and independent power producers flexibility to optimally time the dispatch of power to when it is most profitable. Society also benefits from an electricity system that is able to efficiently and cost-effectively use as much of the clean, renewable power flowing onto the grid as possible.

As the COVID crisis has somewhat receded in Europe, we are seeing signs that the electricity market is moving back in the direction of something resembling normal. During the week of July 5, year-over-year load was down only 4.4%, the smallest gap since mid-March. But promisingly, this has not yet corresponded to an equivalent return to inflexible energy assets. Coal continues its precipitous decline while the share of renewables in the generation mix is 26.5% greater than it was during the same period in 2019. The reality is that COVID has likely accelerated permanently the transition toward renewable energy and the flexible, optimized energy storage assets that will maximize their value. It's a transition Wärtsilä is excited to be at the forefront of as we work to provide utilities and power producers with the robust software required to make the most efficient use of an increasingly renewable, flexible grid.