The only U.S. reactors currently under construction continue to face delays. Vogtle Unit 3 and Unit 4 are poised to be the first nuclear plants completed in the United States since the Tennessee Valley Authority put Watts Barr Unit 2 into service in 2016, which was the first unit to be built in the last three decades.

Large conventional nuclear plants require a series of attributes for safety, including a 10-mile emergency planning zone, a special water supply and redundant transmission interconnections. Panelists discussed the low likelihood of a new large nuclear power plant in the U.S. based on the numerous safety attributes required in new sites.

"A lot of those opportunities already have existing nuclear plants ... there are some large coal plant sites where maybe they have all those attributes," said Chris Colbert, chief financial officer and chief strategy officer at NuScale.

NEI President and CEO Maria Korsnick discussed in March the potential for siting small modular reactors on retiring coal plant sites, during NEI's annual outlook. She sees overlap in the specialized skills of fossil fuel plant workers regarding certain functions on nuclear units, based on her nuclear plant management experience.

"A lot of the job functions that exist at a nuclear plant have analogs at coal plants," Kotek said, adding that nuclear industry jobs have higher wages than the fossil fuel industry.

Colbert added that many of the retiring coal plants are smaller than a conventional nuclear plant, with sites capable of supporting around 600 MW, which could make them better suited for replacing with a series of modular reactors. NuScale is proposing designs with six to 12 modules.

"I don't know that it's possible in terms of economies of scale for truly small modular reactors to actually survive and compete. I mean, if we look at NuScale, you're looking at building the 12-packs, you're not actually looking at a one-off. And it's not clear to me that a one-off can survive" in the U.S. markets, Macfarlane said.

NuScale's Colbert said the company is looking at six- or eight-module designs. According to him, a one-off reactor could be competitive in areas where the alternative would be burning diesel fuel, but that economies of scale would be required for small modular reactors, as with renewable energy, to compete with abundant, cheap natural gas.

NuScale's light water reactor technology boasts an existing global supply chain for its advanced reactor design, with 75% of the supply chain based in the United States, Colbert said.

"I think there will be a large mass manufacturing of [advanced reactor] facilities after there's an order bump to justify investment. Right now, all our economics and those being looked at by our customers are based upon what's existing in the supply chain today," he said.

Supply chain and construction issues pervade in the U.S. nuclear industry in part due to the high level of skill and knowledge required for quality control, Macfarlane said, referring to the the V.C. Summer Nuclear Station abandoned in South Carolina and to the Vogtle reactors that are currently being built, behind schedule, in Georgia.

Georgia Power, one of the owners of the two nuclear reactors at Vogtle Power Plant, recently announced construction remediation work, signaling further delays for the unit that is expected to be operational later this year.

"If we don't pay attention to this issue, there is no future for nuclear, you will not build anything. It will all be too expensive, it will all take too long," she said.

She remarked on supply chain issues with larger designs, such as the Westinghouse AP1000 design, a pressurized water reactor power plant that was used in V.C. Summer and Vogtle construction. 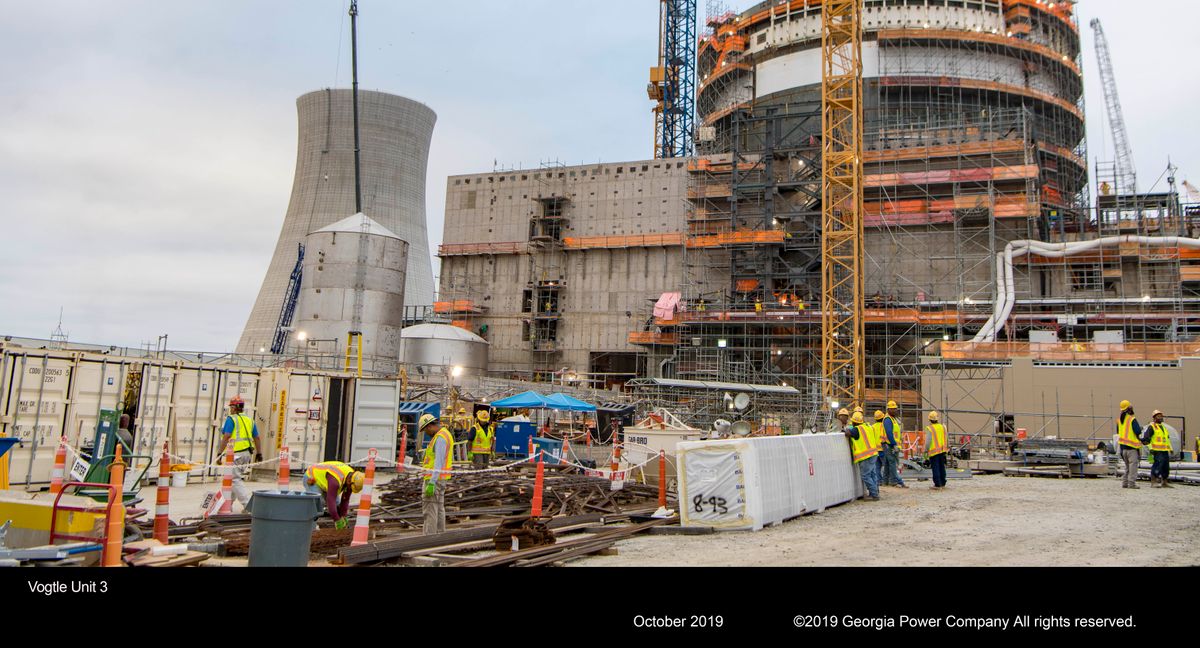