What's the best way to get consumers to reduce their energy use? That's a big question facing the demand response and energy efficiency sector as it continues to mature. 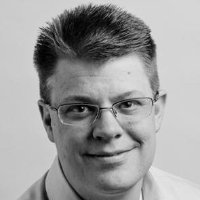 If anyone knows about the relative value of these two philosophies, it’s Bud Vos. Vos is the COO at Simple Energy, a behavioral efficiency startup. But he was previously CTO at Comverge, one of the big players in the automated demand response space.

"With automation, you know what you're going to get. But the challenge is those models typically only get about 20% of the addressable market within a utility's service territory," Vos told me at DistribuTECH. "The behavior-based programs go after the other 80%."

The potential for a company like Simple Energy is clearly high. They recently closed on a $6 million round of financing, which Vos says they will use "to go to scale."

I spoke with Vos about the company's unique behavioral model and what it means for the utility-customer relationship.

Starting with a simple idea

Simple Energy was not originally in the behavioral efficiency space.

The company was founded with the idea of creating a very simple thermostat that utilities could give away for free to their customers. The thermostat could then be leveraged for the utilities' energy efficiency and demand response programs.

But the startup soon changed course.

"They were doing market research and learning about the market," said Vos. "And one of their advisors was basically saying, ‘People don’t give a shit about thermostats. People just don’t care. You’ve got to get into the getting-people-to-care business.'”

With that advice in hand, Simple Energy started to take shape around "this idea of getting people to take action."

This gets the customer up from their proverbial couch, and into the Simple Energy platform. “Our business,” Vos says, “is what I like to call the tip of the spear of getting the utility customer initially engaged.”

“Once they’re in the platform, there’s a very interesting dynamic that ensues, which is where the gamification elements come into play,” Vos said. “In some places, it’s called an ‘Energy Challenge.’”

But what’s the point of the game—besides saving energy?

“A real key that we learned last year was: what do these points actually lead to?” Vos said. “We were getting feedback from customers saying ‘I’ve accumulated 42,000 points. What do I do with them?’”

So, in 2013, Simple Energy launched a new component to the platform, which they call “Energy Rewards.” Customers can take their points and redeem them for discounts on goods and services.

“You have customers now—say, in SDG&E service territory—and they’re getting a $35 gift card to Best Buy based on the energy they saved,” Vos pointed out.

Different utilities have different reasons for their energy efficiency and demand response programs (from mandates to avoided capacity costs), but perhaps the biggest draw of the platform is how it changes the customer relationship. While electric utilities still hold the prized customer relationship, they face growing disruption from a number of energy service providers (i.e., third party-owned rooftop solar leasing). Changing the utility-customer relationship on their own terms is crucial for utilities as electricity starts to emerge from behind the meter.

Simple Energy's platform, for example, is branded by the utility. The prizes, such as the Best Buy gift card, are given to the customer on behalf of the utility.

“It creates a totally different relationship with the utility,” Vos says. “This is why it comes back to satisfaction and driving a much more engaged customer experience.”

Simple Energy’s platform sounds like it's all fun and games, but what happens if customers lose interest in the game? Customer fatigue has surprisingly been a non-issue for many energy efficiency and demand response programs, but it is something that Simple Energy nonetheless works to counteract.

“One way we do that is we dynamically change the game,” said Vos. “I was just talking to a gentleman from Canada. They have two to three weeks in winter where energy is critical because they’re all electric heat and they burn oil for their peaking resources in the winter. It’s terribly expensive. 17 or 18 cents per kWh but the customer’s only paying 11 cents. They’re losing money every kWh out the door.”

When a utility has a critical period like this, Simple Energy's platform can tell the utility customers: “For these two weeks, save as much energy as you can. We’ll give you three times the points.”

“The other part is the marketplace,” said Vos. “As you have these rewards out there, you have the ability in the Energy Rewards area to also change what’s being offered. You can have a special this week: only 500 points for a Best Buy gift card. That will drive activity.”

What keeps people interested in online social platforms is that they are evolving and constantly changing, Vos said. “That’s what keeps them coming back.”