New technologies and competitors are causing electric utilities to rethink their business models and even threaten to disintermediate them from perhaps their most prized asset: the customer.

Nowhere is this more evident than in California. The Golden State has long been the vanguard of all things energy, and it should come as no surprise that its residents are among the first adopters of rooftop solar, electric vehicles, and smart home technology. 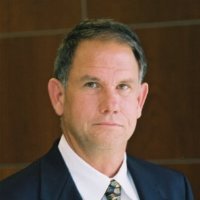 Utility Dive spoke with Ted Reguly, San Diego Gas & Electric’s (SDG&E) director of customer programs and projects, about how SDG&E aims to preserve the customer relationship amid all this disruption.

Utilities are “going to be much more customer-centric” over the next three-to-five years, Reguly said. “You’re going to see utilities spend a lot more time and effort trying to better understand their customers.”

“A couple years ago, we had a very captive customer that we treated as one-size fits all,” said Reguly. “But with these disrupting technologies and competition, we’ve got to get personal with our customers. We need to communicate with them and learn what they want. What makes them tick?”

The popular view is that “we need to educate customers on a smart grid,” Reguly said. “But do Verizon and AT&T educate their customers on how their networks work? They just show them what they can do with it.”

“Instead of saying, ‘I need to educate you on what demand response means, and you need to set your thermostat back,’ utilities have got to be able to sit there and say: ‘I can save you money off your utility bill. I can help you reduce your carbon footprint. I can make life easier and more comfortable for you,’” Reguly said.

Similarly, observers “say we need to generate awareness so consumers can take action” to reduce energy consumption, according to Reguly. “But we want to give them the tools so they don’t have to. That’s the secret sauce – we can actually solve the problems for customers so they don’t have to think more than two minutes a year about their energy.”

“That’s really what the smart home is,” Reguly said. “It takes the customer out of the equation. They put in their preferences but after that you set it, forget it and it runs itself.”

“Maybe that’s what utilities will start offering: comfort,” Reguly posited. “We’ll make sure that your TV is on.”

The location and climate of San Diego are pretty much perfect for electric vehicles, Reguly said. “We have the highest penetration of almost anywhere.”

“Hopefully, electric vehicle owners buy our commodity,” Reguly said. “But even if somebody has rooftop solar, they might generate energy during the day and put that on the grid. Then at night, when rates are lower, they can charge their vehicle. If done appropriately, they can also help levelize consumption.”

SDG&E believes electric utilities can play a role in owning and operating centralized charging infrastructure, according to Reguly. “The marketplace for charging stations really hasn’t taken off, so we think there is a place for utilities in that.”

SDG&E is “planning on filing applications in that arena,” Reguly said.

Rooftop solar appeals to customers because, in California, “they can save money,” said Reguly. “They can go out today, buy rooftop solar or lease it, and save money from day one.”

That’s why SDG&E believes the rate structure “needs to change,” said Reguly. “The misnomer some people have is they say, ‘Well, I’ve got rooftop solar – I don’t need the utility anymore.’ But you don’t see any of them disconnecting from the utility.”

“Even with batteries,” Reguly posited, “what happens when something happens to the system?  Are customers going to be willing to sit there, waiting for two days while they get their system fixed?”

But what could a new rate structure look like? There will probably be “some direct or firm pricing that the customer pays,” Reguly said. The rates could be similar to “your Verizon bill” today, he said. “You pay X dollars a month for the service, and then if you use more, you get charged more.”

“Utilities need to get into that space,” said Reguly. But “there needs to be a change in our regulatory construct” that allows utilities to own and operate residential solar systems.

“To the best of my knowledge, we can’t do that today,” said Reguly.

View all | Post a press release
Guardhat Adds Gas Monitoring from RKI Instruments to their Connected Worker Platform
From Guardhat
Electric Power Engineers Announces Investment from Lime Rock New Energy
From Electric Power Engineers, LLC
Burns & McDonnell Promotes Justin Sherman to Lead Its San Diego Branch Office
From Burns & McDonnell
ESC Spectrum Expands Product and Service Offerings, Testing Capabilities, Regional Reach with …
From ESC Spectrum
Editors' picks
Latest in Transmission & Distribution
© 2022 Industry Dive. All rights reserved. | View our other publications | Privacy policy | Terms of use | Take down policy.
We use cookies to optimize your experience on our website and for analytics and advertising purposes. By continuing to use our site, you agree to our cookie policy. Learn more
Accept