A real page-turner: How the Inflation Reduction Act changes everything 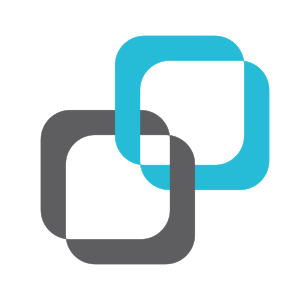 It was not a surprise twist in a breezy, beach-read novel but rather Senators Schumer and Manchin emerging from clandestine meetings to announce an agreement to pass sweeping energy and climate provisions. Less than three weeks later, President Biden signed the Inflation Reduction Act of 2022 (IRA), which represents an unprecedented investment of $369 billion in energy and climate spending over the next 10 years.

Where the money is allocated

The most overlooked provision may be the new Energy Infrastructure Reinvestment Program, which authorizes $250 billion in new lending authority to the Department of Energy’s Loan Program Office. Direct loans or loan guarantees may be used for projects that retool, repower, repurpose, or replace energy infrastructure that has ceased operation or to enable operating energy infrastructure to avoid, reduce, utilize, or sequester greenhouse gas emissions.

The IRA is expansive in scope and scale, even in comparison with past major funding legislation such as the American Recovery and Reinvestment Act of 2009 (the Great Recession stimulus package) or the Infrastructure Investment and Jobs Act passed in late 2021. Upon examination of the IRA, three key themes emerge.

Themes from the IRA

First, the law maintains a clear focus on reducing costs. Previous attempts to address climate change relied on “sticks” such as cap-and-trade mechanisms or the controversial Clean Power Plan. Conversely, the IRA overwhelmingly focuses on “carrots” by offering incentives and investments designed to significantly lower the cost to manufacture and deploy carbon-free technologies, energy efficiency measures, and building electrification.

What it means for energy and utility companies

The themes outlined above change everything for the energy industry. In fact, given the changes to the economics of various technologies, companies will likely need to reassess many existing strategies and business plans, and assumptions in existing plans are probably outdated. Success in the post-IRA environment will require companies to identify and prioritize IRA funding, prepare and organize for increased complexity, and closely monitor ongoing developments.

The critical first step is evaluating the new funding landscape. This exercise may be complex for both independent power producers (e.g., whether to pursue the production tax credit or investment tax credit) and utilities (e.g., assessing utility programs in light of new consumer incentives). It will be essential to identify the opportunities that may have the greatest impact. In addition, it will be important to consider the potential to “stack” funding opportunities. For example, could a combination of tax credits and a loan guarantee facilitate a pilot project with emerging or new technologies?

Energy companies must next prepare and organize for increased complexity. Many of the tax credits offer bonus credits for offering prevailing wages and apprenticeships, using domestic content, and locating projects in “energy communities” or low-income communities. The IRA also alters the monetization of tax credits through transferability and direct pay in certain circumstances. As a result, additional assumptions or refinements may be needed in project finance and integrated resource planning models as well as existing strategic and business plans.

Finally, there are several ongoing developments that warrant close monitoring. For one, Senators Schumer and Manchin have a side deal to pass comprehensive energy infrastructure permitting reforms this year. Provisions under consideration include identifying infrastructure projects of strategic national importance, setting maximum timelines for permitting, clarifying FERC jurisdiction, and enhancing federal permitting authority for interstate electric transmission that is determined to be in the national interest. If passed, permitting reform could remove a perennial challenge facing electric and natural gas infrastructure development.

Within the executive branch, federal agencies are moving quickly to implement the vast array of incentives and investments. In addition, the Environmental Protection Agency is likely to develop new power sector regulations as an additional lever to accelerate rapid decarbonization. This approach would be supported by language in the IRA that defines greenhouse gases as pollutants and the authority reaffirmed by the supreme court in the recent West Virginia v. EPA ruling. As more details emerge, traditional thinking and paradigms may prove ineffective in the new regulatory landscape.

Despite the unprecedented pace of change, we may soon realize that the last decade was merely a relaxing, beach-read novel. With the passage of the IRA, the next decade is looking like an action-packed thriller.