IRA sets the stage for US energy storage to thrive 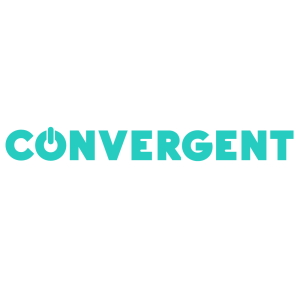 The Inflation Reduction Act (IRA) signed into law in August significantly improves the economics for large-scale battery storage projects in the U.S. For the first time, standalone storage systems will be eligible for a 30 percent investment tax credit (ITC) — and up to 70 percent with additional incentives.

“It’s a really big deal,” said Peter Cavan, Director of Market Development for battery storage developer Convergent Energy and Power. “Previously federal tax credits were only available for storage when it was paired with renewable generation, like solar. This change will likely drive up to $1 trillion in storage investments by the early 2030s.”

From an investment standpoint, the potential impact of the IRA is largely due to the mid-term certainty it creates. Rather than renewing investment and production tax credits for only a year or two, as Congress has repeatedly done in the past, the IRA cements the incentives in place through 2032. This gives investors and developers a generous timeline for generating returns. In addition, the new law expands the limits of what can be included in calculating total project costs. According to Cavan the tax credit will now cover interconnection, microgrid controllers and a broader scope of components often used in clean energy systems.

Behind the ITC numbers

To maximize tax credits under the IRA, energy storage projects must meet two labor requirements. The first ensures that developers and operators pay prevailing wages — as determined by the Secretary of Labor — during the construction and first five years of system operation. The second requires projects to meet registered apprenticeship requirements. (Companies can find information on joining or creating an apprenticeship program at apprenticeship.gov.)

If projects meet the wage and apprenticeship requirements, they can then potentially boost the tax credit eligibility as high as 70 percent through three potential further incentives – domestic content, energy communities and low-medium income (LMI) projects.

One of the bonus incentives, worth an additional 10 percentage points, is for projects constructed with equipment and material produced in the U.S. This follows a long-term trend in U.S. policy previously bolstered by the Biden Administration in 2021 with the Infrastructure Investment and Jobs Act (IIJA). That law created a new Made in America Office under the Office of Management and Budget (OMB), which is tasked with updating and streamlining how domestic content requirements will be calculated in the years ahead.

“Currently, it’s difficult to meet domestic content requirements for storage due to the lack of domestic production,” Cavan said. “But it should be substantially easier by the second half of this decade, as domestic battery manufacturing ramps up and manufacturing for other components returns to the U.S.”

Another incentive, also worth 10 percentage points, is for projects located in so-called “energy communities.” An energy community is defined as a brownfield site; the site of a coal mine or coal-fired power plant; or an area that has or had direct employment or local tax revenue related to oil, gas, or coal activities (Further guidance on the employment and revenue requirements will likely be issued before the end of 2022.)

Finally, storage projects paired with wind or solar and installed in low-income communities or on tribal land can receive an additional 10 percentage points. Or, the project can receive an additional 20 percentage points — for a possible total of a 70 percent ITC — if they are part of a low-income residential building project or qualified low income economic benefit project.

Applying the ITC for storage

The ITC for energy storage created by the IRA will be similar to current law with a five-year period for modified accelerated cost recovery system (MACRS), which is a more beneficial approach that allows for faster depreciation in the first years of an asset's life. The law also aims to simplify investment structures behind clean energy projects through the transferability of tax credits.

Previously, clean energy developers often had to partner with larger corporations or financial institutions, because they often do not have significant tax liabilities to take full advantage of the tax credits their projects produced. “This treatment is unnecessarily complicated and requires a battalion of lawyers,” Cavan said. “Going forward it should be simpler and more cost-effective for a developer like us to monetize the tax credits by having the option to transfer them when the project size or capital expenditure doesn’t justify entering into long-term partnerships with tax equity investors that come with complicated deal structures.”

The IRA also has a “direct pay” option for state or local governments, which don’t have tax obligations, to take advantage of the ITC. These entities would essentially receive refund checks from the federal government after their systems are in service.

The impact on utilities and operators

Beyond the nuts-and-bolts logistics of the ITC, the changed playing field has larger implications for utilities and for the owners and operators of energy storage. “The ITC for energy storage will ultimately require utilities to rethink what their systems look like — what they’re paying for and rate basing and what they’re expecting customers and third-parties like us to do,” Cavan said. “Some utilities are reopening their integrated resource plans and preparing to engage regulators in setting new terms.”

More energy storage will eventually mean greater resilience and carbon reductions for the power grid. But it also means an upsurge in citing, permitting and interconnections — challenges the industry is working hard to overcome. "We already have interconnection queues at the wholesale and utility levels that will take years to work through at the current pace," Cavan said. "The hope is that new rules and processes, like FERC's RM22-14, will pave the way for faster deployment."

As more energy storage comes online, Cavan said it will also change the market dynamics for storage system operators. Currently, the highest revenue opportunities for large-scale battery systems are in supplying ancillary services, like frequency regulation and non-spinning reserve, to the grid. “As more storage increases competition for ancillary services, their price will be driven down,” Cavan said. “That will be the next phase in the maturity of our industry, as battery storage systems focus more on other areas such as arbitrage to shift renewable generation to when it is most useful.”

The Biden administration’s goal is for the U.S. power sector to operate without carbon emissions by 2035. Ultimately, that will require massive amounts of energy arbitrage to store renewably generated electricity from the time when it is produced by wind and solar, to the time when it is needed by residential and commercial users. The IRA sets the stage for the energy storage industry to step into this critical role over the next decade.