CAISO could lose 28 gas plants and keep the lights on: UCS

California is a state leader in climate policies, but some officials worry if it can meet its own ambitious goals.

Last month, the California Air Resources Board released an assessment of greenhouse gas emissions, showing that while the state is two years ahead of schedule on its goals today, future targets may not be so easy to hit.

"If you're gonna be installing storage anyway, you should be thinking about installing it in strategic locations so that it also can provide local capacity, because that helps us reduce our reliance on other stuff that's providing local capacity, namely gas," Wisland told Utility Dive.

The UCS model forced even more energy storage into the system than what would be required under California's energy procurement storage mandate in a more extreme pollution curbing scenario, where the state achieved 30 MMT of carbon by 2030.

"One of the big takeaways is if we go even faster with storage or other clean technologies that can provide the same services as storage, we can retire even more gas plants," Wisland said.

However, while carbon emissions would be on the decline in that scenario, the model showed that the remaining gas plants might have to start and stop a lot more frequently to integrate renewables into the system, which increases the emissions of nitrogen oxide.

This year, some gas plants in the California market may not have to stop and restart at all, but that could change as more intermittent generation comes on the system. 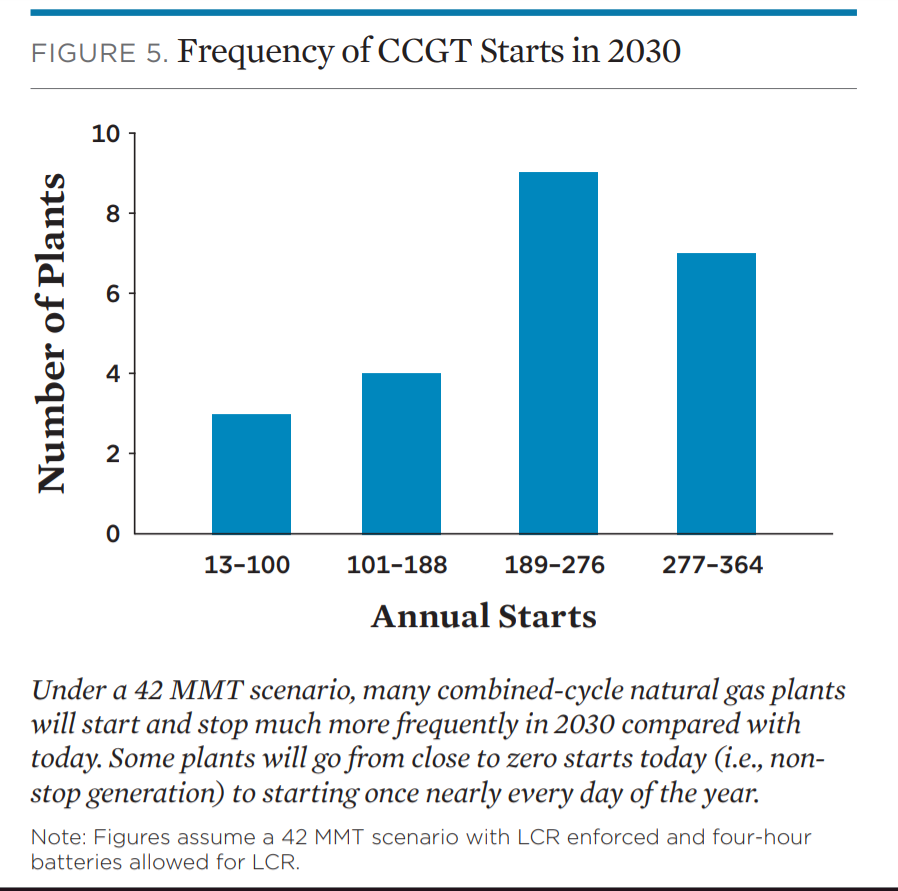 UCS supports a state legislative effort, S.B. 64, to increase transparency of the hourly emissions information from the startups and shutdowns of plants in order to verify "whether the existing and remaining gas plants on the system in the future are cycling more often," Wisland said.

In order to help curb any additional potential nitrogen oxide pollution, the UCS report also identified regulatory solutions to reduce the need to restart plants and hasten their retirement.