After proposing GHG standards for new power plants in September, EPA plans to issue draft carbon emissions rules for existing plants in June and finalize them a year later. States would be required to file compliance plans in mid-2016.

No matter how much flexibility EPA gives states in meeting a new carbon standard, the upcoming rules will likely spur another round of plant retirements, especially among smaller, older coal-fired facilities.

These plants, which tend to be inefficient, are vulnerable to being closed because they are too small to warrant new pollution controls that would lower emissions. Also, investor-owned utilities have already recovered or will soon fully recover the cost of building the power plants so they will no longer earn a return on the original investment in the units.Utilities and generators will likely add natural gas plants, renewables and demand-side resources to replace the retired plants. 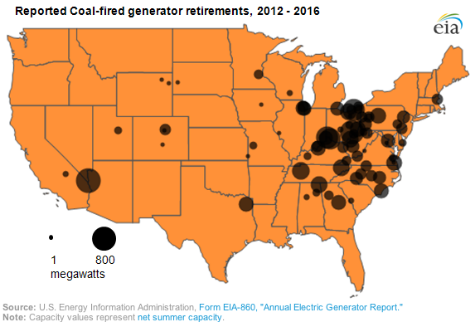 There has already been a wave of coal plant retirements and announced shut downs because of new and pending air emissions regulations. Not counting potential GHG emissions standards, the Brattle Group, a consulting firm, estimates that up to 77,000 MW of coal plants could be retired out of the 316,000 MW that makes up the coal-fired fleet in the U.S. 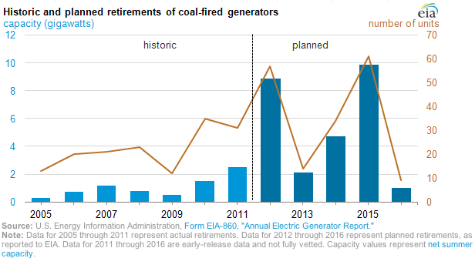 How will the rules play out?

The EPA is floating an approach that could allow renewables, energy efficiency, fuel switching from coal to natural gas and nuclear plant expansions to count towards meeting the GHG emissions reduction goal, said William Reilly, former EPA administrator, at a December meeting on the pending regulations.

“This offers opportunities for states, investor-owned power companies, municipal utilities, and cooperatives to rely on the measures they have in place or plan to adopt soon to demonstrate compliance,” Reilly said.

Whatever EPA proposes, the rule will likely be challenged in court, according to Reilly.

“There will be litigation – protracted, costly, time-consuming, no doubt – and, depending on how carefully the rule is drafted, it may survive intact, be sent back to the Agency for revision, or be scuttled outright,” he said. “You can expect that the full impact of the forthcoming rule is years away, though decisions will need to be made much sooner.”

Reilly sees ample opportunities to replace any lost coal-fired generation. “There appears to be an aligning of incentives for EPA, states, environmental groups, and utilities to allow other reduction measures to count for compliance, to take advantage of the abundant opportunities in America for distributed renewable generation and, of course, to maximize efficiency in our use of energy,” he said.

Groups like the Natural Resources Defense Council (NRDC) believe that a regulatory framework can be established that would cut GHG emissions from existing power plants by 26% by 2020. NRDC's plan would cost $4 billion by 2020, but save up to $60 billion. Coal supporters contend that the costs would be much higher and are taking steps in Congress to block EPA.

A look at Minnesota

Minnesota provides a snapshot of of the coal fleet in the U.S. and shows why it is vulnerable to GHG emissions standards.

Minnesota has nearly 4,900 MW of coal-fired capacity, accounting for about three-fifths of the state's generation in 2011, according to the EIA. On average, the units are 46 years old compared with the national average of 45 years old, according to Wind On the Wires, an advocacy group that supports wind generation. About 38% of Minnesota's coal capacity is at least 50 years old. Minnesota utilities have announced plans to retire 493 MW by 2019.

(Source: Wind On the Wires, capacity is in MW)

Four coal plants make up 51% of the capacity, with 14 plants making up the rest of the fleet. It is those smaller coal plants that are especially vulnerable to being shut down, noted Joe Sullivan, Wind On the Wires regional policy director. “I think we're going to see us shedding these smaller units,” he said.

Wind On the Wires has identified about 1,600 MW of coal capacity that will be fully depreciated – or garnering no return – by 2030. Sullivan believes those plants are especially likely to be shut down, providing a major opportunity for new renewable resources.

Other states in the Midwest and South are similarly reliant on coal-fired plants.

Outlook for the future 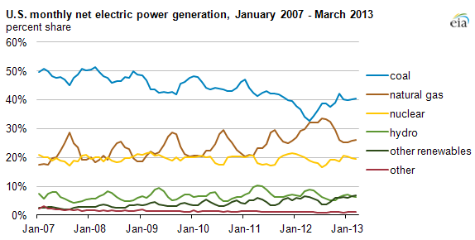 Even so, the long-term trend is down.

The Energy Information Administration (EIA) expects coal plants to account for about 40% of all generation this year, down from around 50% in 2008, the federal agency said in May. That decline is set to continue with imminent coal plant retirements and few plants being built.

Utilities are already carefully reviewing their fleets to make sure they are cost effective. The pending GHG rules will be one more factor weighing on the economics of those plants.

Clearly, there will be opportunities around the U.S. for new generation and efficiency programs as the nation's power plant fleet continues to evolve.

Enjoyed what you read? You may also want to read Utility Dive's look at 8 disruptive companies that utilities should watch in 2014.

View all | Post a press release
BluWave-ai and City of Summerside Deliver First AI-Optimized Utility Smart Grid in North Ame...
From BluWave-ai
Large business customers desire energy reliability and effective emergency communications
From E Source
Raptor Maps Unveils New Productivity Features for Its Solar Lifecycle Software Platform
From Raptor Maps Inc.
Virtual Peaker Partners with Google’s Nest Renew to Support a Clean Energy Future
From Virtual Peaker
Editors' picks
Latest in Generation
© 2021 Industry Dive. All rights reserved. | View our other publications | Privacy policy | Terms of use | Take down policy.
We use cookies to optimize your experience on our website and for analytics and advertising purposes. By continuing to use our site, you agree to our cookie policy. Learn more
Accept