Everybody loves community solar, but just how the sector will mature is up in the air

These days, everyone seems to love community solar. Whether it's customers, utilities, developers, clean energy advocates or regulators, the idea of sharing renewable power from a centralized source is catching on nationwide.

But there is one small problem: Nobody knows exactly what community solar will turn out to be quite yet, or if the definition will even be the same across different states and electricity markets.

It could turn out to be a utility-owned asset, privately owned, or a hybrid, according to "Community Solar Program Design Models," a new report from the Solar Electric Power Association (SEPA), a nonprofit that pushes for greater utility investment and deployment of solar and other distributed energy resources (DERs). And while many community solar arrays will be generation only, they can also be paired with storage or other DERs.

“Community solar is still a new concept and there is limited understanding of the different business models and program designs, said SEPA Utility Strategy Manager and study co-author Dan Chwastyk.

Though community solar is still less than 1% of installed U.S. solar capacity, it is clearly a compelling and rapidly-growing model, he said. It provides utilities with a role in solar and provides solar ownership options to many who do not otherwise have them.

“The study is to show what programs are most effective at getting and keeping subscribers and what has and has not worked," Chawastyk told Utility Dive, "with the hope of finding standardized, easily-replicable models for community solar programs.”

Growth is skyrocketing, according to the report. The SEPA authors list 68 online or planned community solar programs as of August 2015, but Chwastyk claimed that number is now 75 or more. SEPA’s methods discovered that more than 200 MW are expected to go online in 2016, which would take the cumulative installed capacity from an estimated 100 MW in 2015 to more than 300 MW. And that, he added, is a conservative estimate.

Each community solar program is unique but they broadly divide into two categories of ownership and two types of subscriber arrangements, Chwastyk said.

An array might be third-party owned and developed or utility-owned and developed, though the utility might choose to have a third party manage its program, he said. And the customer/subscriber might pay up-front for a portion of the array’s panels or instead pay a premium rate for the output of the panels without paying anything upfront.

From these basic designs, SEPA identified 12 key decisions — each offering two or three options — that determine the shape of the final program.

A basic goal is a 100% fully subscribed program, Chwastyk said. The study is the first step in using such metrics to measure which decision criteria work. “We expect to see combinations of program design decisions that show greater success than others.”

Early on, most programs were small and were built around an upfront payment. But now, two new trends are emerging: Bigger programs and an associated need for a no-upfront-payment plan.

Initially programs were small because they were responses to a few determined customers without solar-suitable roofs demanding solar access, Chwastyk said. “A big upfront payment worked for that small group because it wasn’t a mass market.”

In 2006, the municipal utility of Ellensburg, Washington, built a 36 kW array, one of the first U.S. community solar pilots, the study reports. The muni owns and operates the project, and has grown it through two expansions to 112 kW for 30 residential subscribers. Their upfront payment of about $7/watt matched the utility’s solar installed cost at the time.

Utilities have begun to see community solar programs as a way to both meet to their customers’ demand for solar and a way to own and strategically site it. Now, they are thinking about bigger arrays and more subscribers, Chwastyk said.

To achieve a broader level of appeal, the upfront payment is unsatisfactory because “not everybody has the several thousand dollars that subscribing might cost,” he said. “Data suggests, but does not prove, there is an emerging trend toward larger programs with premium rate pricing instead of an upfront payment.”

“Retail rates historically rise about 2% per year to 3% per year on average but the subscriber continues to pay a few cents over the 2015 rate for the solar production,” Chwastyk said. In about seven to 10 years, the retail rate becomes more expensive than the locked in rate and the subscriber is then paying a smaller bill than a non-subscriber with the same usage.

OUC’s 2012 400 kW array is, according to the study, a widely recognized community solar success. It was fully subscribed in less than a week and, in August 2015, had 1 MW of waiting list demand.

Most future CEC offerings will provide both options and, to further widen the potential subscriber base, “if the subscriber chooses to pay upfront, CEC will connect them to financing, allowing the plan to be similar to a no upfront payment plan,” Chwastyk said.

A factor making both payment plans more appealing is the falling installed cost of solar.

“Upfront payments averaged approximately $5 per watt before 2011, $3.50 per watt in 2013, and $3 per watt in 2015,” the study reports. The cost premium also appears to be trending downward. CEC’s SolarPerks is “priced below the prevailing retail rate.”

Utilities are also introducing a new generation of community solar projects that go beyond bigger arrays and premium pricing.

“It is too soon to call it a trend, but it is an interest in developing solar with another companion measure to make the most use of community solar as a grid asset,” Chwastyk said.

Steele Waseca Electric Cooperative (SWCE) sells the 102.5 kW output of its utility-designed, developed, and owned 410 panel Sunna Project for the upfront payment of $1,225, through 20-year contracts. The next-generation variation is that subscribers who opt to participate in SWCE’s demand response program get a free, 16-hour storage water heater and a $1,055 discount from the upfront cost of the first solar panel.

“SWCE recoups these investments through additional electric sales from the water heating and the savings on wholesale power costs by shifting purchases dedicated to water heating to off-peak hours,” the study reports.

SWCE had run the demand response water heater program “for some time without success,” Chwastyk said. “Adding the solar gave it more appeal and it has grown.”

As utilities begin to see in next-generation programs more flexibility and reliability for the grid and greater appeal to their customers, more are being developed, he added.

In 2016, SMUD will add over 11 MW of new community solar capacity and is working on next generation projects that combine solar “with other measures that could increase grid benefits,” Stephen Frants, distributed energy strategy, planning and operations officer at SMUD, told Utility Dive.

Utility participation and cooperation are essential to any community solar design, “whether it is led and owned by the utility or led by a third party in partnership or completely separate from utility ownership,” Chwastyk said. Because the array’s output goes to the grid, “the utility is intrinsic.”

All community solar developers must consider asset development and customer management; private developers and some utilities do both.

Utility-led and private developer-led community solar programs both can maximize solar growth, but there are important differences. Utilities have greater access to low cost capital and can offer next-generation hybrid opportunities, the study reports. Private developers make better use of solar tax incentives.

The utility-owned, led, and managed 22.3 MW Tucson Electric Power (TEP) community solar projects is the biggest and one of the most successful in the country.

“Because of their success, TEP will continue to do everything themselves,” he added.

Increasingly, though, utilities recognize the expertise of companies like CEC and SunShare, which have built almost a third of community solar installed capacity, and software developer Tendril, at handling customer and billing management.

These utilities build and maintain the array but are willing to turn the handling of customer acquisition, customer-project interfacing, and billing and credit management over to private developers if they allow the utility to maintain the customer relationship, Chwastyk said.

“The emerging trend is to third parties providing software-as-a-solution, but white-labeling their services under the utility’s brand,” he said.

This helps resolve the three biggest utility concerns with community solar — how to manage and integrate billing and credits, navigate securities law, and handle various federal and state tax incentives.

On the securities laws, “private sector developers claim to know how to structure the project-subscriber deal that meets securities laws,” Chwastyk said. “But until there is an SEC ruling on community solar, it will remain a concern.”

To maintain competition, some state-level community solar-enabling legislation specifies that utilities must give private sector players access. In this case, the private developer handles all aspects of the community solar and the utility is only involved as the off-taker.

It is a model that seems to be working well for CEC in its Massachusetts SolarPerks program, Chwastyk said, but "there is no indication yet of utilities showing a preference for a model.”

One other program design specifically targets nonprofit organizations, often with the goal of offering solar to low income subscribers. Though typically led by private developers, Duke Energy is developing such a program in South Carolina under that state’s landmark Act 236.

The product was designed for Act 236-indentified customers with tax-exempt status who are unable to monetize ITC benefits, explained Emily Felt, Duke reneawble strategy and policy director. But nearly all retail customers will be able to buy in.

There is an upfront, one-time fee of $50/kW and a monthly subscription fee of about $6/kW, she said. For the portion of the array’s output the subscriber owns, there is a bill credit of approximately $0.06/kWh. Duke or the private developer continues to own the array and can therefore utilize the tax credits.

The SEPA study represents an early step in the process of monitoring program designs to identify which achieve their goals, Chwastyk said.

Over two-thirds of current programs have plans for future expansion, another quarter are considering it, with only two or three existing programs that don’t want to expand, the study reports.

“Utilities that have gone down this road want to go farther,” Chwastyk observed. But the study’s real surprises emerged from a preliminary assessment of its customer survey, he added.

Customers unfamiliar with the concept moved “from doubt to interest” when they understood it, the survey found. But their primary interest was not in “being green” or long term contracts; it was in bill savings and ownership flexibility.

Finally, “customers did not want to see the solar panels and would prefer them to be sited at remote locations,” the survey found.

“This is no longer a niche idea," Chwastyk said. "Customers want it. But nobody cares where the array is located. They don’t value it as an emblem of how green they are. They look at community solar, and solar in general, as a real and intelligent and cost-effective way to get electricity.” 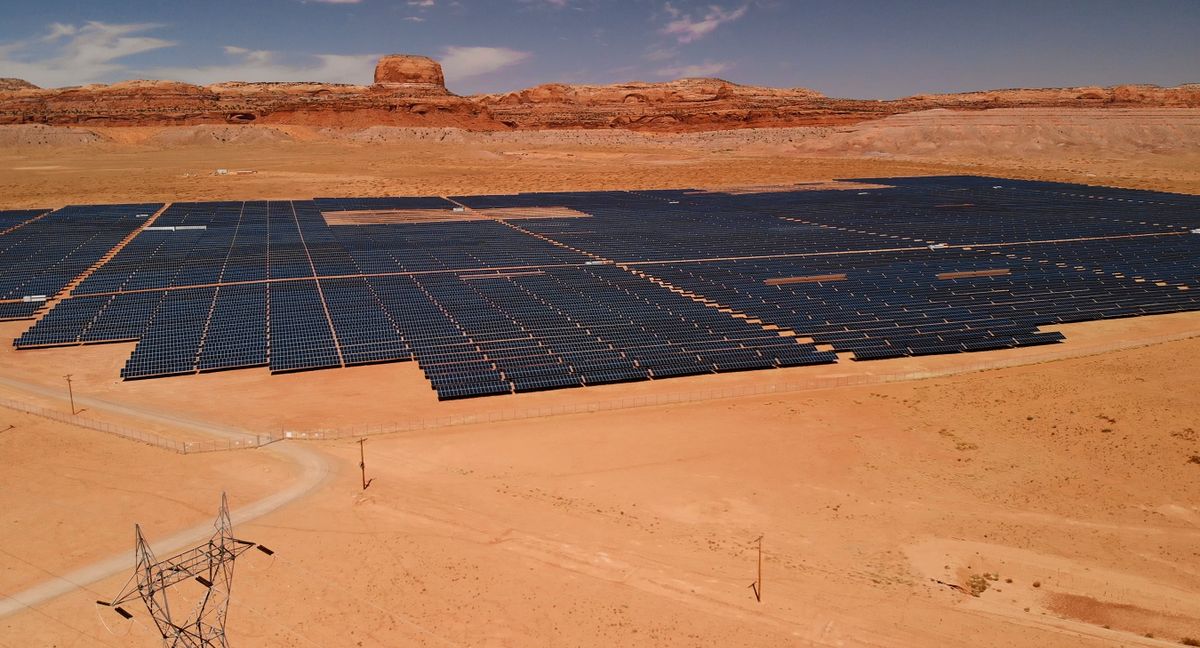 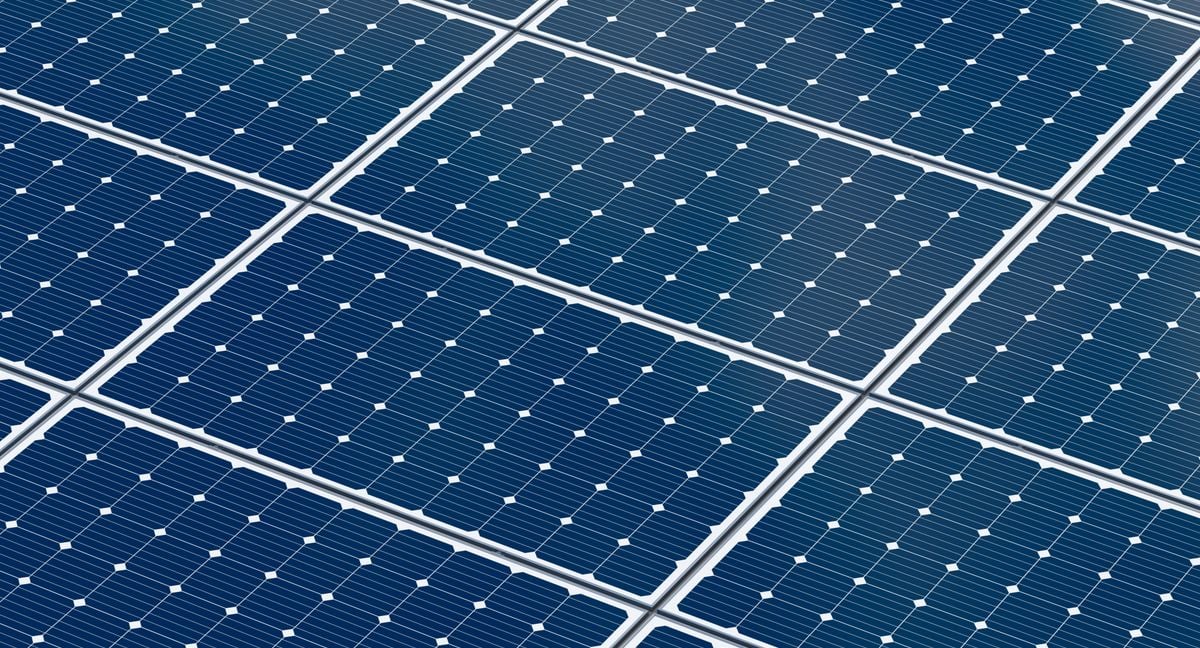 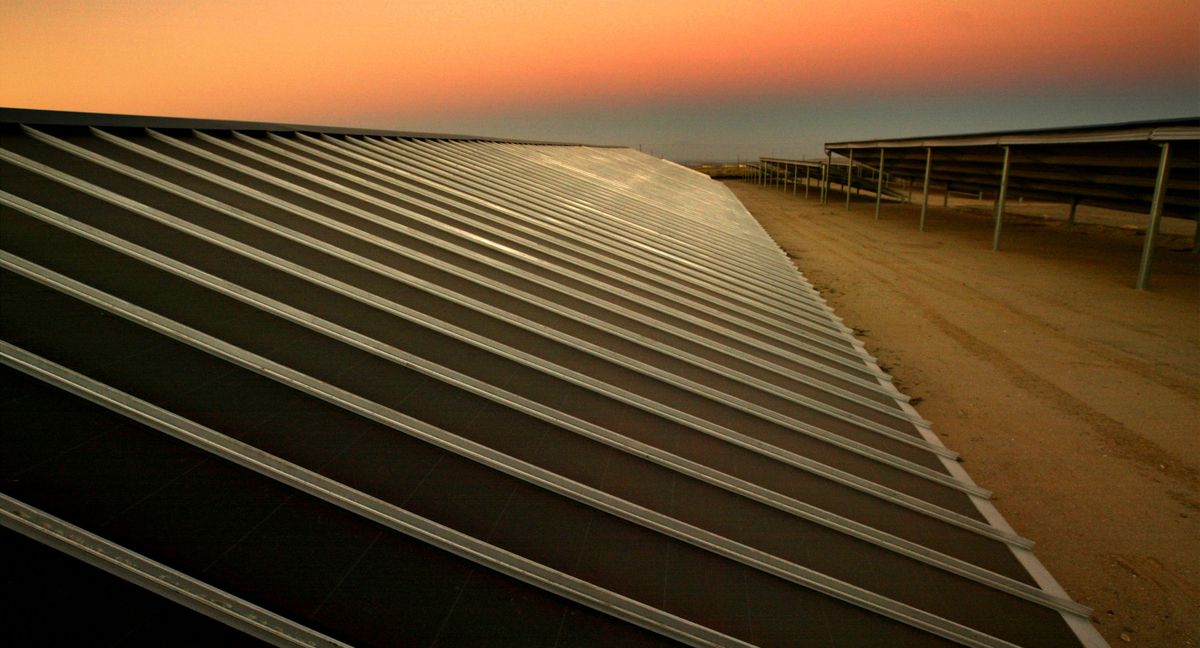