It is 'critical' that President Joe Biden nominates the right person to break ties at the Federal Energy Regulatory Commission, according to Rep. Sean Casten, D-Ill.

Commissioner Neil Chatterjee, who chaired the commission during part of the Trump administration, stepped down as planned on Aug. 30. On the same day, Chatterjee announced he was joining the law firm Hogan Lovells as a senior advisor and will work with the Climate Leadership Council on carbon pricing proposals.

Clean energy advocates echoed Rep. Casten, saying also say the FERC seat needs to be filled quickly, but many caution that Biden must find a commissioner who understands issues of equity and environmental justice.

"It's better to wait a month and get the right person than try and jam someone through" the Senate approval process, said Drew Hudson, senior national organizer for Friends of the Earth.

FERC can avoid politics of climate

FERC, as an independent regulator, has the ability to cut through politics and set policies that can help the United States reach its decarbonization and clean energy energy goals in a way that a divided Congress cannot, Casten said.

Biden has called for the U.S. to decarbonize its power sector by 2035, en route to eliminating economy-wide emissions by 2050.

"FERC can prioritize the best policy — not the best thing that can filter through a 50-50 Senate," Casten said. "There are hard questions of how to make sure we have a reliable energy system that are not always best resolved through purely political processes."

"Transmission is the most important thing for both electric reliability and climate, so FERC needs someone who can help remedy the planning and cost allocation roadblocks," said Rob Gramlich, Grid Strategies founder and president.

A number of proposed transmission corridors fall under FERC's jurisdiction as the paths cross multiple states to bring new capacity — typically clean energy — into load-constrained areas, such as large cities.

With the 2-2 split, there is the potential for a deadlocked FERC on critical decisions, say commission observers.

"The commission always operates best with five commissioners," said Advanced Energy Economy (AEE) Managing Director and General Counsel Jeff Dennis. "There are certainly a number of critical issues right now where we can anticipate the current lineup will lead to a lot of 2-2 splits, which will increasingly hamper the agency's ability to make decisions on issues that are pretty key to the overall agenda of the Biden administration."

But finding the right candidate is more important than immediately filling the seat, say consumer and conservation advocates.

Divided, but with a quorum

"This is not the worst place FERC has been in," said Friends of the Eath's Hudson. In 2017, the commission lacked a voting quorum for months, for instance.

Hudson urged Biden to "look for folks who are consumer advocates," and said there is a "whole other world of people who are much more diverse." All of FERC's current commissioners were appointed by President Donald Trump and "diversity and inclusion was not a priority for that administration."

FERC is now led by Chairman Richard Glick, who is serving a term that ends in June 2022. Glick, a Democrat, was nominated by Trump in 2017 and tapped to lead the agency in January after Biden took over the White House.

Observers say one potential candidate they have heard the White House is considering is former International Brotherhood of Electrical Workers Business Manager Tom Dalzell. However, some environmental justice advocates said that pick would not reflect the need for a commissioner focused on equity issues.

"FERC does really important work, and it's important the commission look like the communities that are impacted by its decision," Hudson said. The commission needs people of color, women, and a commissioner who can represent the Southeast region, he said.

Friends of the Earth and more than 450 other organizations in August sent a letter to Biden urging him to select a commissioner who will be "instrumental in transforming our fossil fuel and racist energy system into a renewable, resilient, and just one."

Yvonne McIntyre, director for federal electricity and utility policy at Natural Resources Defense Council, pointed to recent disasters such as Hurricane Ida and wildfires. "It's clear we need a full panel of FERC commissioners," she said in an email. A fifth commissioner "will help ensure that FERC's rules and policies evolve to keep pace with the dramatic, clean-energy transformation taking place now."

With the Senate split 50-50, the confirmation process for a new FERC commissioner could be contentious.

"FERC nominations are receiving increasing scrutiny and this one is particularly important," said AEE's Dennis.

There are hints that the confirmation process will focus on tensions between energy price and reliability.

The nomination will have to go through the Senate Committee on Energy and Natural Resources, led by Sen. Joe Manchin, D-W.Va. His office did not respond to requests for comments.

Sen. John Barrasso, R-Wyo., is the ranking member on the committee. A statement from the Republican's office said he "believes FERC Commissioners must be qualified and willing to prioritize keeping energy affordable and reliable." 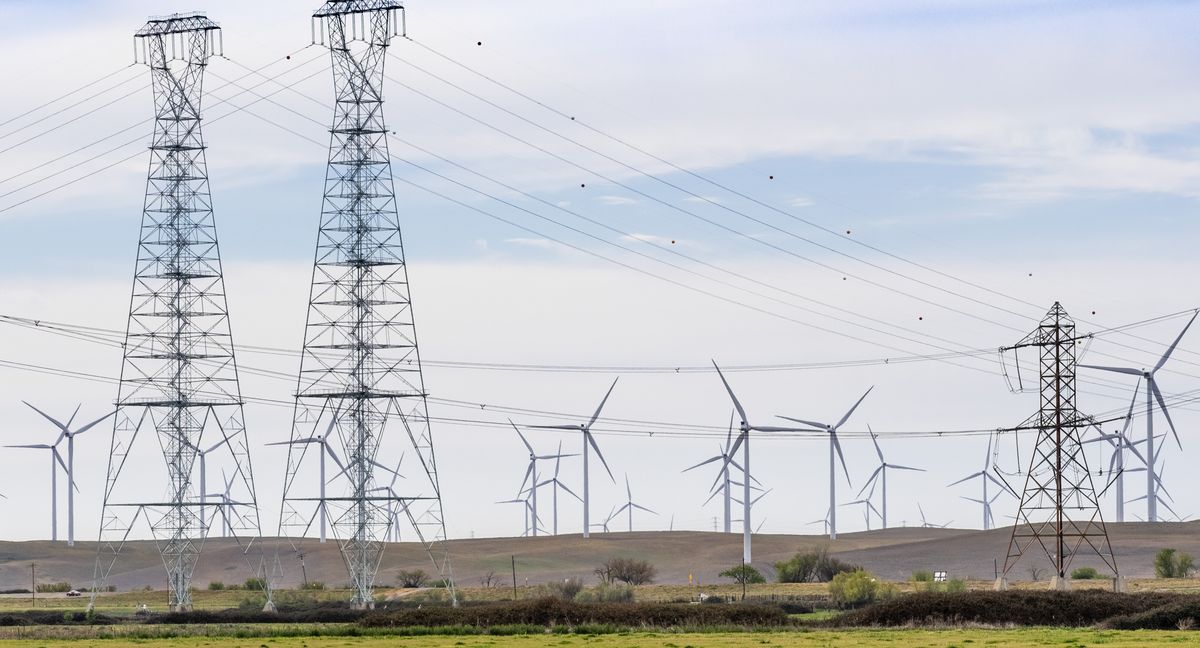